Published on October 6, 2020 at 3:24 pm by Insider Monkey Interviews in Bitcoin, Ethereum and Other Cryptocurrencies, News, Tech

The adoption of cryptocurrencies, however, has been slow. And cryptos still attract massive skepticism due to three main reasons: lack of proper regulations, hacks, and thefts involving cryptocurrencies, and price volatility.

Joel Edgerton is the COO and the U.S head of Japan’s most widely used cryptocurrency exchange bitFlyer. Before he joined bitFlyer and pursued his passion to lay the foundation of a better financial system using cryptocurrencies and blockchain, Edgerton had already spent decades working as an IT and finance professional. He explains how the industry has grown so far and what more it needs for wider adoption. 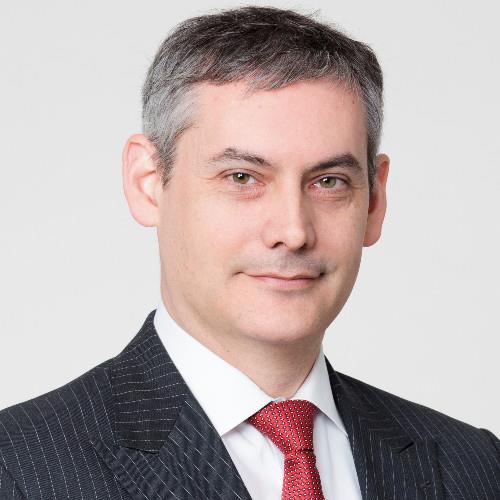 Edgerton’s 2006 startup aimed to help people make better decisions using behavioral economics. From there, he ventured into the cryptocurrency industry, and he explains that he has seen significant growth in the industry in recent years, saying:

“More people are now involved in this space and there are many institutional players who have helped the market grow evidently stable. We still see some wild movements now and then, but that’s just a part of dealing with a new market. The 2018 collapse greatly cut out the noise in the market — the people who were only involved for the get-rich-quick scheme.”

Even the coronavirus pandemic, he adds, did not destabilize the industry to much extent compared to how fatally it affected the world of traditional finance. In fact, the industry widened its roots through the pandemic. He expects that as things go back to normal, there will be more interest in cryptocurrencies. There will be increased stability and better projects.

As a piece of advice to investors who intend to switch from traditional markets to trading cryptocurrencies, Edgerton says that people often behave the same way in matters of money. But when trading cryptos, they must be extra cautious because despite the prices growing more stable, there still are wild bullish and bearing price runs. The market is still small and is susceptible to sudden turns due to pump-and-dump and wash trading activities.

The Key to Wider Adoption

We are witnessing fast-paced innovation using cryptocurrencies. But we need more than just innovation for wider adoption of cryptos. Edgerton divides his explanation of the same into two parts: price stability and ease of use, better regulations and more security.

Ease of Use and Price Stability

“If we speak of stablecoins, I think anyone can use them. Unlike other cryptos that are mostly treated as an investment asset lacking a form of stability, stablecoins are a digital form of traditional money with the features of a cryptocurrency. But most people may not prefer Bitcoin or Ether or other such cryptocurrencies due to high price volatility.”

Despite their unstable price, cryptocurrencies like Bitcoin are far more stable than the currencies of hyperinflation stricken countries such as Venezuela. In fact, many people and local businesses in such countries have chosen Bitcoin as their alternative money to hedge against the unstable value of their national currency.

“Most people consider cryptos as highly complex. But when it comes to choosing between losing the value of all your savings in a few days due to hyperinflation and understanding a bit of the complexity of digital money, people would always choose the latter.”

Although for more people from developed and stable economies to choose cryptocurrencies as an alternative payment option, only price stability will not make the cut. For them, it is more about the ease of use of the currency. As it is today, most people find fiat currencies highly stable and easy to use, even though they cause a long-term loss due to inflation.

Edgerton believes, making crypto usage simple will play an important role, and that is what they’re doing at bitFlyer. He says, “We believe, the least complex we can make the process of using cryptos, the more adoption we may see.”

To deliver accordingly, bitFlyer only lists the best coins with the highest value proposition. The exchange does not want to cause an analysis paralysis to both new and experienced users by providing too many options. The road to wider adoption is simple and not filled with high leverages and tons of coins with no real value, Edgerton adds.

There’s still much disparity in how governments worldwide want to regulate cryptocurrencies. While some regulators have effectively drafted laws and brought them into effect, most governments still struggle with it. The regulations around cryptocurrencies vary not only from country to country but also sometimes from state to state.

The lack of proper regulations only hinders genuine innovation and prohibit legitimate users from reaping the benefits of this technology. So, Edgerton highlights that regulations will play an important role in pushing cryptocurrencies for wider adoption. They will build more trust in the industry and also help secure cryptocurrency users.

Speaking specifically on crypto regulations in the U.S., he says that considering ill fate that crypto initiatives of Kik, Telegram, and Facebook were met with is just one way of assessing the situation. Although slower than other major countries, he says, we are progressing.

“The U.S. is one of the largest business hubs in the world and the government simply wants to be extra precautious about how it regulates something that’s treated as money by people all over the globe. Yes, the U.S. has been harsh with private companies, but cryptos are still live here. They’re still growing. And it’s not likely the U.S. would ever miss on such a big opportunity.”

bitFlyer is one of the most suitable examples to showcase the progress cryptocurrency companies have made in the U.S. It was the first non-U.S. company (and fourth overall) to receive the New York BitLicense. In addition, bitFlyer has the permissions to operate in 47 of the 50 states in the country.

Contrary to the conventional belief, cryptocurrencies have a better chance of adoption if crypto companies work with the regulators and help them understand the potential of the technology.

Better regulation, in some ways, itself translates to better security of users. But that’s not all. The security of cryptocurrency platforms is also a crucial aspect and the reason for much scrutiny so far. There have been multiple instances of exchange hacks that caused the loss of millions of dollars.

Edgerton notes that for crypto companies to win people’s trust, they must ensure the highest levels of security. bitFlyer, for example, apart from using the best-in-class technology for protecting its users, also stores more than 80% of its users’ funds in cold wallets that are secured with physical locks. All platforms must ensure similar security measures so that people may find it less daunting to use cryptocurrencies.

Cryptocurrencies have been around only for a decade now. In that time, they have shown immense growth and progress, both in terms of use cases and adoption. If cryptocurrency companies take a more user-centric approach and ease the use of cryptocurrencies, the industry may expand to a wider one. Besides, governments should more effectively regulate the industry. This will not only promote more innovation and adoption but also help in curbing illegal activities.