Bites From Apple, Inc.: A Busy Day of Headlines 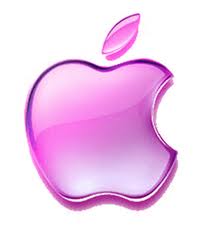 Apple, Inc., (NASDAQ:AAPL), as expected with being one of the household namers in the United States, is in the news Wednesday, but not in a routine way. There has been some big news happening around the company in recent days and hours, so let’s take a quick look at the top headlines, which involve a lawsuit, an operating system and the bottom line.

Mountain Lion Roars: The release of Apple’s new operating system, OS X Mountain Lion, is generating quite the national buzz, as evidenced by this piece in USA TODAY.  The ninth installment in the OS X universe for Apple since 2001, this OS is expected to bring iPhones and Macs ever closer together to perhaps merging into one OS in the very near future, as several features are touted as being friendly not only to smartphones but also to personal-computer users.

Deleting the Lawsuit?: A judge ruled in a patent lawsuit against Samsung that Apple, Inc., could use an “adverse inference jury instruction” when the  lawsuit goes to the jury for decision. At issue was the deletion of some e-mails that, Apple contends, would have benefitted Apple in the case instead of Samsung, who is being sued for the patent infringement. Apple, Inc., lawyers now can essentially persuade the jury that the “spoliation of evidence” that the judge called it, would presume that the deleted e-mails would have provided evidence that Samsung was guilty of the infringement. While the case is not over yet, this is certainly an important ruling.

Missing the Mark:Perhaps what is distracting some from the launch of Mountain Lion was the surprisingly disappointing quarterly earnings report by Apple, Inc., after Tuesday’s market closing. The company’s earnings-per-share missed Street estimates by 10 percent and the quarterly revenue number came up about 7 percent short of estimates. As a result of the news, Apple stock fell 5 percent at one point in the day and was down about 4 percent to $577 per share as of this writing. Several hedge funds lost a bundle because of the sharp decline in Apple shares.