Published on December 15, 2020 at 10:40 am by Insider Monkey Staff in Bitcoin, Ethereum and Other Cryptocurrencies, News, Tech

The use cases for bitcoin (BTC) continue to expand as projects push the limits of how the decentralized currency can be utilized. The latest initiative, a decentralized finance (defi) app from Sovryn, allows bitcoin to be used as collateral for issuing stablecoins, trading, borrowing, lending and generating yield.

The platform is set to launch following completion of a $2.1 million raise led by Greenfield One, Collider Ventures and Monday Capital. It will be hosted on RSK, a Bitcoin-based platform secured by the network’s miners, that introduces smart contracts that were once the preserve of Ethereum. 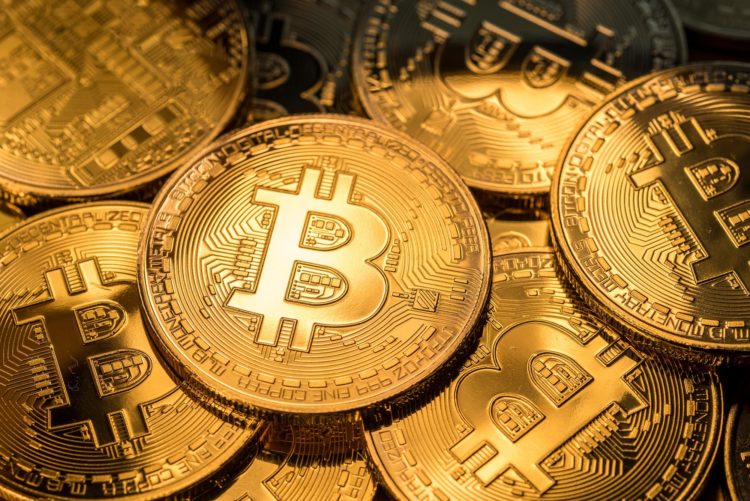 The debut of Sovryn follows a whirlwind year for Bitcoin that saw the cryptocurrency plunge to under $4,000 in March before rebounding sharply and ascending to record highs. Along the way, it wooed corporations such as MicroStrategy (NASDAQ: MSTR) and Square (NYSE: SQ), institutional investors, hedge funds, family offices, and Wall Street titans.

The history books will record 2020 as an annus horribilis, but the crypto markets tell a different story. Amidst unprecedented government money printing and spiraling national debt, Bitcoin’s fixed and knowable supply have distinguished it as a hedge against the fiat world and everything it represents. Even traders who are bullish on stocks and commodities have acknowledged that there may be a case for investing in bitcoin, an asset they once dismissed as a bubble.

Grayscale’s GBTC investment fund now boasts more than 20 prominent institutions, including Ark Invest and Rothschild Investment Corporation, allocating to its trust at levels above the current $100 million SEC reporting threshold. The funds’s popularity is demonstrated by the sheer amount of bitcoin that Grayscale alone is taking off the market.

In Q1 2020, it represented 27% of inflows as a proportion of mined bitcoin. That rose to 70% in Q2, and 77% in Q3, according to its latest investment report. It shows no signs of slowing down in Q4 either, with Grayscale recently surpassing $10 billion in assets under management for the first time, better than most exchange-traded funds currently listed in the US.

Against this backdrop, bitcoin demand within the defi ecosystem, which centers around Ethereum, has soared, as synthetic versions of BTC have been issued onchain and used as collateral for minting and borrowing stablecoins. WBTC, as the Ethereum version of BTC is known, maintains price parity with bitcoin, and can be locked into staking platforms and used to earn APY. The same capabilities are now arriving on Bitcoin sidechain RSK with the launch of Sovryn’s defi app. 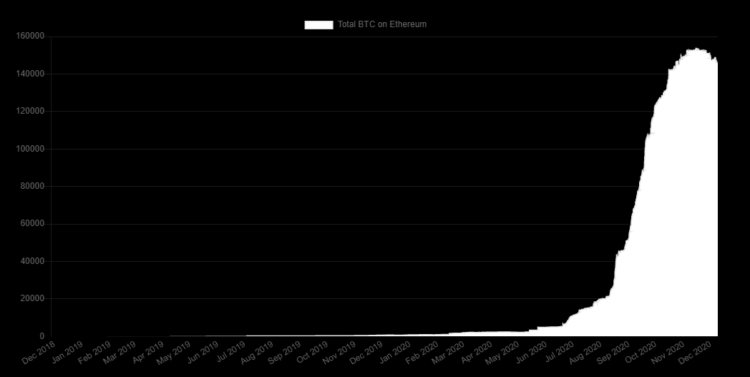 143,650 BTC on Ethereum, according to BTConEthereum.com

From Hodling to Trading

Bitcoin ‘hodlers’ – BTC devotees intent on holding onto their precious coins – now have the ability to enjoy the best of both worlds through apps such as Sovryn. The project, which claims its technology has undertaken three months of rigorous security audits, allows BTC to be used as collateral for lending purposes. For example, users can lock their BTC into a smart contract and use it to borrow stablecoins. These can be traded for other crypto assets or locked into ‘farms’ – defi platforms that reward users for staking in the form of new tokens.

Reflecting on the evolution of Bitcoin over the past 11 years, Sovryn Project Lead Edan Yago said: “Bitcoin created a decentralized monetary system. With Sovryn we are providing Bitcoin with a decentralized financial system as well. Sovryn is for those who value self-sovereignty and who want to maintain control of  their keys and their private data. With Sovryn, lending, trading and leverage are permissionless and censorship resistant.”

In a year where PayPal (NYSE: PYPL) introduced support for cryptocurrency and Square allocated 1% of its treasury to BTC, Bitcoin continues to dumbfound critics and win new converts. As the number of ways to use, interact, and earn with Bitcoin increases, the cryptocurrency launched by Satoshi Nakamoto in 2009 becomes harder to kill and impossible to ignore.