Deal making and M&A activity in the technology sector is often perceived as irrational and unreasonable by the masses. At the end of the day, which other industry would see a five-year-old startup with revenues of $10 million cost as much as $22 billion? Facebook Inc (NASDAQ:FB) has acquired WhatsApp for this enormous amount of money back in February 2014, but this is what drives growth in the tech sector. It’s commonly known that technology has been driving other industries to greater innovation and growth, and in that way, continually shapes the world. Turning our attention to the U.S technology sector, the NASDAQ-100-Technology Sector Index is down by 8% year-to-date, largely due to the recent broader market correction. Nevertheless, a massive group of bright minds reside within the tech industry, not unlike the bright minds that populate the list of billionaire investors we track at Insider Monkey. Therefore, in the following article we will take a glance at how the billionaires we follow feel about tech stocks. 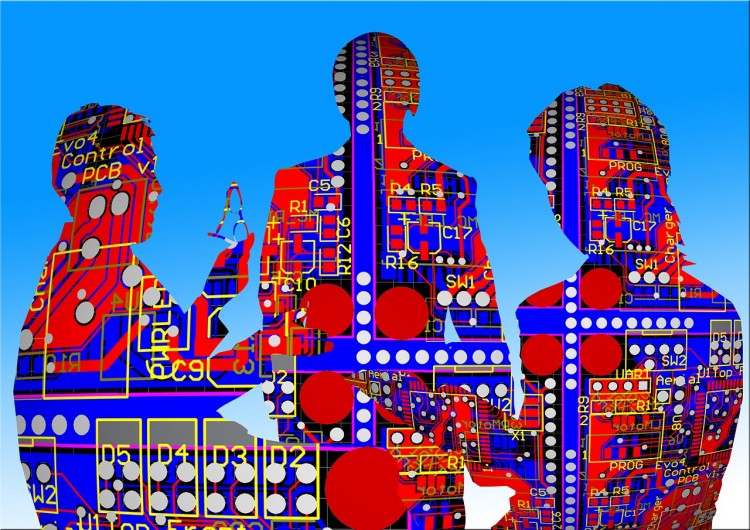 We track hedge funds and prominent investors because our research has shown that historically their stock picks delivered superior risk-adjusted returns. This is especially true in the small-cap space. The 50 most popular large-cap stocks among hedge funds had a monthly alpha of about six basis points per month between 1999 and 2012; however the 15 most popular small-cap stocks delivered a monthly alpha of 80 basis points during the same period. This means investors would have generated ten percentage points of alpha per year simply by imitating hedge funds’ top 15 small-cap ideas. We have been tracking the performance of these stocks since the end of August 2012 in real time and these stocks have beaten the market by over 60 percentage points (118% return vs. S&P 500’s 57.6% gain) over the last 36 months (see the details here).

Billionaires with Long Positions (as of June 30): 15

Alibaba Group Holding Ltd (NYSE:BABA) was in one more billionaire’s portfolio at the end of the second quarter than at the start, while the value of the billionaires’ stakes in the company decreased from $2.86 billion over the same period. Alibaba has had a tough post-IPO run, with its shares losing nearly 39% year-to-date. Furthermore, Alibaba has seen analysts lowering their price targets on its stock after the company acknowledged that China’s economic slowdown puts a bit of downward pressure on its financials. However, the magnitude of user spending is what affects the company most, and user engagement on Alibaba’s platform still remains strong. Rob Citrone’s Discovery Capital Management is the largest billionaire equity holder of Alibaba within our database, holding 6.52 million shares.

Billionaires with Long Positions (as of June 30): 15

Google Inc (NASDAQ:GOOG) is another popular tech stock among the billionaires tracked by Insider Monkey. The number of billionaires invested in Google’s Class A shares totaled 15 at the end of the recent quarter, down from 17 reported in the prior one. However, the value of the investments in that class of shares increased from $2.66 billion during that time span. Similarly, there are 14 billionaires with positions in the company’s Class C shares, three less than in the prior quarter. In the meantime, the value of these positions increased to $2.90 billion from $2.47 billion. Just recently, Google made its Android Pay, a mobile payments system, available at more than one million locations throughout the United States. Therefore, the tech company is set to compete with Apple Pay in the mobile payments market, which is estimated will be worth $1 trillion by 2017. Andreas Halvorsen’s Viking Global holds 2.74 million Class A shares and 1.15 million Class C shares of Google as of June 30.

Redmile Group Continues To Agressively Buy Shares Of This Biotech

Insiders See Big Things Ahead For These 3 Stocks
Monthly Newsletter Strategy
Download a free copy of our newsletter and see the details inside!
Hedge Fund Resource Center
Related News
George Soros And Steve Cohen: Two Tech Stocks They Like And One They Got Rid Of One Upgrade, Two Downgrades: And What Hedge Funds Think About Them Is Apple Inc. (AAPL) Getting The Attention It Deserves From Hedge Funds? Fitbit Inc. (FIT) Barely Breaking A Sweat From Apple Watch, Gets Workout On Upgrade What Hedge Funds Think of Stocks Upgraded by Analysts Today? Hedge Fund Data Shows Netflix, Inc. (NFLX) is a Good Bet Despite the Decline 5 Dividend Stocks With Upside Potential: Apple Inc. (AAPL), Microsoft Corporation (MSFT) & More 11 Easiest Alcoholic Drinks to Digest 11 Happiest Countries in the World 11 Best Places To Visit in USA in September
Billionaire Hedge Funds