We have found that the most popular small cap stocks among hedge funds, as determined by 13F filings, outperform the S&P 500 by an average of 18 percentage points per year (read more about imitating hedge funds’ favorite small cap stocks). 13Fs can also be used to evaluate a hedge fund manager’s favorite stocks, including in different industries or sectors of the economy; blindly following these picks isn’t wise, but they can serve as a good source of initial ideas for further research. Billionaire and Tiger Cub Stephen Mandel’s Lone Pine Capital filed its 13F for the fourth quarter of 2012 last month (see the full list of stocks Lone Pine reported owning). Here are our thoughts on its five largest holdings by market value in tech stocks:

The fund’s top pick was Google Inc (NASDAQ:GOOG), with Lone Pine reporting a position of 1.6 million shares (up 45% from the end of September). Google Inc (NASDAQ:GOOG) made our list the most popular stocks among hedge funds for the fourth quarter of 2012 (find more stocks hedge funds loved). Thanks to a recent rally in the stock price, Google Inc (NASDAQ:GOOG) currently trades at 26 times trailing earnings. We do expect net income to rise as Motorola Mobility Holdings is integrated and the core business grows as well, but it’s possible that the company’s prospects are already well accounted for in the current price. 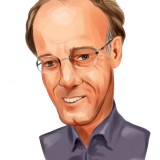 Lone Pine increased its stake in Priceline.com Inc (NASDAQ:PCLN) by 25% to a total of 1.8 million shares. Priceline is a common Tiger Cub pick; John Griffin’s Blue Ridge Capital was one of the many such funds which owned the stock at the end of December. The company is planning to buy rival Kayak Software Corp (NASDAQ:KYAK) to increase its market leadership position. Priceline is another stock with a trailing earnings multiple in the mid-20s, but the company experienced revenue and earnings growth of over 20% last quarter compared to the fourth quarter of 2011 and so it may be a good growth stock.

Cognizant Technology Solutions Corp (NASDAQ:CTSH), a $24 billion market cap IT services company, was another of Mandel’s top stock picks. In the fourth quarter of 2012, the company’s revenue was up 17% versus a year earlier and along with a generally flat net margin this caused a 16% increase in net income. Again, the stock is priced for growth given its trailing and forward P/Es of 23 and 17 respectively. Pennant Capital Management, manage by Alan Fournier, owed 1.9 million shares at the end of December according to that fund’s own 13F (research more stocks Pennant owns).

Mandel and his team were buyers of $11 billion market cap data center services company Equinix Inc (NASDAQ:EQIX), which is more of a speculative high-growth company. The stock price is up 52% in the last year, and in its most recent quarter earnings were more than double what they were in the same period in the previous year. However, earnings multiples are high and revenue growth had been a more modest 14%, leading us to be a bit skeptical of the stock on valuation. Billionaire John Paulson’s Paulson & Co. had 2.1 million shares of Equinix in its own portfolio (check out Paulson’s stock picks).

Lone Pine was also buying Verisign, Inc. (NASDAQ:VRSN), closing December with almost 15 million shares in the fund’s portfolio. Warren Buffett initiated a position in the Internet registry services company in the fourth quarter, as Berkshire Hathaway bought 3.7 million shares (see more stocks Buffett was buying). Verisign suffered a setback after increases in its prices were limited by regulators, but the company still recorded double-digit revenue growth in Q4 from its levels a year ago with earnings up sharply. At a market capitalization of $7.1 billion, Verisign is valued at 24 times trailing earnings and 18 times analyst consensus for 2014.