MFP Investors is managed by the $1.3 billion man, Michael Price, and is located in New York City. Price’s hedge fund primarily employs activist tactics with a value slant, much as a Carl Icahn or a David Einhorn behaves. Founded in 1998 after Price solid Heine Securities to Franklin Resources, Price learned the markets from the late Max Heine, whom he had worked for in the seventies. 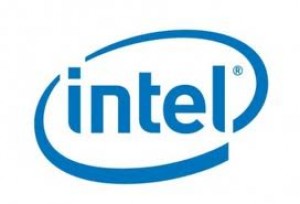 Because it’s crucial to track hedge fund sentiment for its market-beating properties, we’re going to take a look at Price’s top five stock picks from his latest second-quarter 13F filing. His top picks include Intel Corporation (NASDAQ:INTC) and GulfMark Offshore, Inc. (NYSE:GLF), among others. Let’s take a look.

Intel, which was Price’s second largest holding at the end of Q1 (worth about $39.5 million), is now his largest bet. The size of Intel in the billionaire’s portfolio amounted to $43.8 million at the end of last quarter, and shares are up 9.4% year-to-date. Intel represents a value play at a forward P/E below 12 and a PEG near 1.0, so it’s clear what Price is thinking. We’ll be watching the stock closely.

In addition to Intel Corporation (NASDAQ:INTC), Hess Corp. (NYSE:HES) was another one of Michael Price’s top picks that moved up one spot last quarter. Hess is now the second largest best in MFP’s 13F portfolio, worth $41.5 million, and shares are up over 40% in 2013. The oil & gas refiner and marketer has also been in activist Paul Singer’s sights this year, as its continued sales of downstream assets have turned it into more of a pure shale play. Obviously, this is a play that Price loves.

FXCM Inc (NYSE:FXCM) and Alleghany Corporation (NYSE:Y), meanwhile, are No.’s 3 and 4 in Price’s equity portfolio. The former is a forex trading platform that has seen its shares rise by more than 90% year-to-date. The latter, is a property and casualty insurance company with a focus on the West Coast, and it has broken the $400 mark for the first time ever this year. All-time highs aside, both companies represent excellent plays moving forward.

In fifth is offshore E&P servicer GulfMark Offshore, Inc. (NYSE:GLF), which has operations in Europe (North Sea), Asia (Southeast Sea), and in North and South America. Shares of GulfMark are up over 40% this year, and it’s becoming clear the Price is very bullish on energy, with Hess and this bet.

We’ll continue to watch these stocks, but in the meantime, check out what Julian Robertson has been buying lately, below: