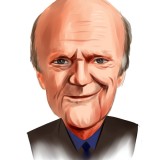 In a recent appearance on CNBC, billionaire Julian Robertson- the legendary head of Tiger Management and mentor to the many “Tiger Cubs” currently managing their own hedge funds- mentioned Ocwen Financial Corporation (NYSE:OCN) as one of the stocks that he liked (see more of billionaire Robertson’s recommendations). We also recently looked at some of the stock holdings of Pine River Capital Management, and they had a position in Ocwen as of their most recent public filing as well (see more stock picks from Pine River Capital Management). With the stock up 156% over the last year, we decided to take a closer look at Ocwen- which is primarily a mortgage loan servicing company- and see if investors who have missed the run-up in price would be wise to buy in now.

Ocwen Financial Corporation’s most recent 10-Q showed that during the second quarter of 2012 revenues approximately doubled compared to the second quarter of 2011. Operating expenses also doubled, and with higher interest expenses earnings growth was a somewhat lower- yet still very high, obviously- 70%. This followed a good- though not as good-first quarter; in the first half of the year revenues were up 73% and net income was up 32%. This suggests that Ocwen’s good results were likely not a one-time event and could be sustained in future quarters (or even improve, as growth rates did increase between the two quarters). Due to an increase in share count, earnings per share were only marginally higher in the first half of the year than the same period in 2011, though the growth rate of EPS for the second quarter was 28%.

The rise in Ocwen Financial Corporation’s stock price has left it trading at 48 times trailing earnings, but this figure doesn’t reflect the considerable improvement that the company has made recently. Earnings per share for the current year are expected to be $1.50- implying an earnings multiple of 24- and expectations of high growth next year yield a forward P/E of 10. We’re generally wary of stocks with this much momentum, but even with little to no growth it seems like it would be barely overpriced. Billionaire Leon Cooperman’s Omega Advisors had sold shares on net during the second quarter but still owned 3.6 million shares at the end of June (find more stocks that Omega owned).

Ocwen’s closest peer is Nationstar Mortgage Holdings Inc (NYSE:NSM), which is bidding against Ocwen for control of a mortgage servicing division of Residential Capital. Nationstar has been getting monster revenue growth recently- nearly tripling in the second quarter versus a year earlier- and that is driven large increases in net income as well. It trades at a trailing P/E of 28, about in line with Ocwen. We would note that 16% of Nationstar’s outstanding shares were held short as of the most recent data, suggesting that a number of market participants don’t like the stock.

We can also compare Ocwen to Altisource Portfolio Solutions S.A. (NASDAQ:ASPS), Home Loan Servicing Solutions Ltd (NASDAQ:HLSS), and Walter Investment Management Corp (NYSE:WAC). Altisource is similar to Ocwen and Nationstar in terms of valuation: it carries trailing and forward P/E multiples of 33 and 20, respectively. These figures also suggest that Wall Street analysts like its growth prospects- so much so over the next several years, in fact, that the five-year PEG ratio is 0.4. With earnings doubling in its most recent quarter from a year earlier, it could also be looked at as a growth stock. Home Loan Servicing Solutions and Walter are fairly small; the former has a market cap of about $600 million (with good daily dollar volume) and the latter’s equity is valued at $1.2 billion. Their forward earnings multiples are also lower than these peers, below 13 in both cases (and below 10 in the case of Walter). As such they are more value oriented, but do not seem to offer the same growth potential.

This industry looks interesting, and in particular looks like a good place to prospect for growth stocks. Ocwen, Nationstar, and Altisource have all seen large earnings increases and more are supposedly on the way. We would be a bit wary of Nationstar given how many short sellers there are, but the other two look like they might offer growth at a reasonable price.

Is AIG Still A Good Value?

Warren Buffett News: How You Should View Cash

Who’s Been the Best Performing Fund of the Third Quarter?