Natural gas and oil producer Chesapeake Energy Corporation (NYSE:CHK) reported its results for the second quarter of 2013 on August 1st. Adjusted earnings per share of 51 cents beat analyst expectations, and markets sent the stock up 7% in response. The company’s revenue rose 38% versus a year earlier, and while costs were up as well Chesapeake Energy Corporation (NYSE:CHK) managed to grow its operating margins such that operating income grew at closer to a 60% rate. Helpfully the report also gave financials on a per mcf equivalent basis; operating income on those terms was up 48%, showing that the improvement was primarily due to market conditions with some aid from increased production.

The increase in Chesapeake Energy Corporation (NYSE:CHK)’s stock price likely represents a win for billionaire activist Carl Icahn, who had initiated a position of more than 50 million shares in the company in the second quarter of 2012 and has since increased it further. Icahn’s involvement played a key role in driving out Chesapeake Energy Corporation (NYSE:CHK)’s controversial CEO and alleviating market concerns that the company- which expanded very quickly and was caught off guard by a fall in natural gas prices- would not have enough cash to pay its bills. 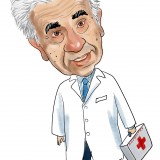 With the most recent pop in the stock price, Chesapeake Energy Corporation (NYSE:CHK) is up 70% since mid May 2012; in the last several days alone the stock is up $2 per share. According to our database of quarterly 13F filings (which we use to help us develop investment strategies, including our finding that the most popular small cap stocks among hedge funds outperform the S&P 500 by an average of 18 percentage points per year), Icahn had about 60 million shares in his portfolio at the beginning of April making Chesapeake Energy Corporation (NYSE:CHK) one of his three largest holdings by market value. Assuming the fund held onto all its shares it has therefore gained $120 million on the news, in addition to other wins this year in stocks such as Netflix, Inc. (NASDAQ:NFLX) and Herbalife Ltd. (NYSE:HLF). Find Icahn’s favorite stocks.

Five Things to Look for From Chesapeake Energy Corporation (CHK) This Earnings...