Apple Inc. (NASDAQ:AAPL) massive cash stash is a sign that the company is flying high. However, this sign of success may also lead to investors clamoring for bigger shareholder returns.

That’s according to CNBC which reports that Apple Inc. (NASDAQ:AAPL) was on top of all other U.S. companies for 2014 when it comes to how much cash or near-cash equivalents the company currently has.

“U.S. companies have 4% more cash on hand than they did a year ago and Apple is king of the hill with $178 billion of the total $1.7 trillion. Apple’s stash is bigger than all other non-financial sectors combined except for technology and medical. It has been at the top of the heap since 2011. […] The bottom line: such a large corporate cash pile might have investors clamoring for bigger dividends and buybacks,” CNBC says in its report.

The data was revealed by a Moody’s study which exposes that Apple Inc. (NASDAQ:AAPL) is followed by Microsoft Corporation (NASDAQ:MSFT), Pfizer Inc. (NYSE:PFE), Google Inc (NASDAQ:GOOGL) and Cisco Systems, Inc. (NASDAQ:CSCO) when it comes to which company has the most cash on hand. The five companies have displaced Verizon Communications Inc. (NYSE:VZ) from the top five companies with the most cash on hand, the CNBC report reveals.

According to the Moody’s report, the iPhone maker, which held $178 billion in cash, had 89% of that trove outside of the U.S. so only about $19.58 billion of that money is inside America.

Microsoft Corporation (NASDAQ:MSFT) had 91% of its $90.2 billion stash overseas while Google Inc (NASDAQ:GOOGL) kept 60% of its $64.4 billion in cash outside of the U.S. Meanwhile, Cisco Systems, Inc. (NASDAQ:CSCO) which had $53 billion in cash is said to have 94% of that outside of America.

Another technology heavyweight, Oracle Corporation (NYSE:ORCL), had $44.7 billion in cash with 90% of that outside of the U.S.

Apple Inc. (NASDAQ:AAPL), which owns one of the world’s most profitable businesses, and Royal Dutch Shell plc (ADR) (NYSE:RDS.A) issued $18 billion in bonds last week, a move seen as a way to avoid repatriating cash to the U.S. to avoid dealing with taxes.

Most Secluded Homes In The World 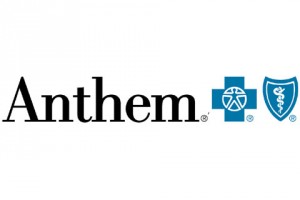