At Insider Monkey, we track around 750 hedge funds and other institutional investors. By analyzing their stock picks and identifying companies that they are collectively bullish on, we believe that we can build a portfolio capable of outperforming the market without employing complex skills and analysis. One of the funds that we follow is James A. Mitarotonda’s Barington Capital Group, which was one of the best-performing in the third quarter, registering a return of 27% based on our calculations.

We determine a fund’s returns by taking into account only its long positions in companies with market caps above $1.0 billion as reported in its 13F filing. Even though we don’t take into account other investments and assume that a holding is unchanged during a particular quarter, the approximate results can still give us an idea whether or not a fund is worth our attention.

Having said that, let’s take a closer look at Barington Capital and its five top picks. At the end of June, Barington had an equity portfolio of $98.37 million, which was diversified across sectors with consumer staples and consumer discretionary sectors amassing over a half of the value.

In Avon Products, Inc. (NYSE:AVP), Barington held 7.31 million shares worth $27.67 million, the position being its largest by far as it amassed 28.13% of its equity portfolio at the end of June. The investment paid off very well in the third quarter, as Avon’s stock surged by nearly 50%. Meanwhile, at the end of the second quarter, a total of 25 of the hedge funds tracked by Insider Monkey were bullish on this stock, a change of -11% from the previous quarter.  Yacktman Asset Management, managed by Donald Yacktman, holds the largest position in Avon Products, Inc. (NYSE:AVP) having reported a $96.8 million stake as of the end of June. Other peers that hold long positions include Jim Simons’s Renaissance Technologies, Wallace Weitz’s Wallace R. Weitz & Co. and Himanshu H. Shah’s Shah Capital Management. On the other hand, Jacob Gottlieb’s Visium Asset Management sold off the biggest stake of all the hedgies followed by Insider Monkey, totaling about $4.4 million in stock. 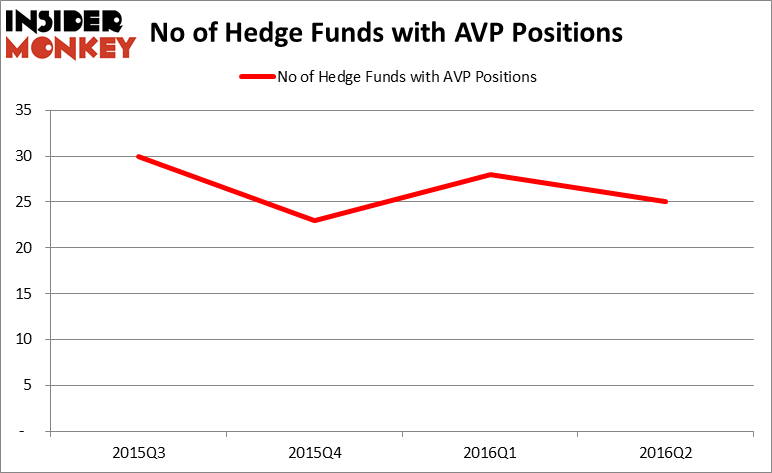 Ebix Inc (NASDAQ:EBIX) represented Barington’s second-largest stock, with the fund holding 218,015 shares at the end of June, down by 29% over the quarter. The stock returned 18.8% during the July-September period, benefiting 14 of the hedge funds tracked by Insider Monkey that were bullish on this stock heading into the third quarter. Claus Moller’s P2 Capital Partners has the biggest position in Ebix Inc (NASDAQ:EBIX), worth close to $77.8 million, comprising 13.4% of its total 13F portfolio. The second largest stake is held by D. E. Shaw holding a $12.6 million position. Since the number of funds long Ebix Inc (NASDAQ:EBIX) went up by 17% during the second quarter, logic holds that a number of funds initiated stakes in the company. Among them is Citadel Investment Group, managed by Ken Griffin, initiated the largest position and had $2.1 million invested in the company at the end of June.

In Chico’s FAS, Inc. (NYSE:CHS), Barington had raised its stake by 20% to 956,959 shares during the second quarter and saw the stock gain 11.8% in the following three months. Heading into the third quarter of 2016, a total of 22 of the hedge funds tracked by Insider Monkey were bullish on this stock, a decline of 12% from the previous quarter. Among them, Jim Simons’ Renaissance Technologies held the largest stake that was worth $43.9 million at the end of June. On Renaissance Technologies’ heels was AQR Capital Management, led by Cliff Asness, holding a $18.9 million position. Among the funds that sold their stakes in Chico’s FAS, Inc. (NYSE:CHS) is Clifton S. Robbins’s Blue Harbour Group cut the biggest investment of all the hedgies followed by Insider Monkey, totaling close to $54.2 million in Chico’s FAS, Inc. (NYSE:CHS)’s stock, and John Tompkins’s Tyvor Capital was right behind this move, as the fund dumped about $10.2 million worth of shares.

This Healthcare Fund Just Had A Huge Q3: Here’s How
Monthly Newsletter Strategy
Download a free copy of our newsletter and see the details inside!
Hedge Fund Resource Center
Related News
Ebix Inc (EBIX) Stock: P2 Capital Partners Raises Its Stake FireEye Inc (FEYE), Skechers USA Inc (SKX), and More: Here’s What Analysts Had To Say About These Trending Stocks Scholastic and OMNOVA Solutions Down on Earnings Reports; Vale SA, Mosaic, and Wal-Mart in Spotlight Amazon.com, Inc. (AMZN) and Alphabet Inc (GOOGL) Among Stocks in Spotlight on Wednesday Here’s Why These Five Stocks Are on Investors’ Radars on Monday Hedge Fund News: Bill Ackman, Carl Icahn, Impala Asset Management Why Aegerion Pharmaceuticals, Bank of America and Three Other Stocks are in Spotlight Today? 10 Most Successful Investors in the World 5 Most Successful Dating Sites For Marriage in Canada 13 Most Famous Witches in History
Billionaire Hedge Funds