By George S. Mack of The Life Sciences Report.

For more interviews with sector experts and analysts, please sign up for our newsletter at www.thelifesciencesreport.com.

Bacteria are pure survivalists, and over billions of years they have evolved to produce ever-newer chemicals to protect themselves against other bugs, and in the last 100 years they have begun to protect themselves against the antibiotics that humans have developed from those same bugs. But guess who’s winning. In September 2012 the FDA said that greater than 70% of the bacteria that produce hospital-associated infections (HAIs) are now resistant to at least one type of antibiotic, and in the year 2000 alone, there were almost 2 million (M) cases of HAIs that caused close to 99,000 deaths. Too bad the agency didn’t give a more updated number, because it’s a certainty that things are not getting better. Unless a sustainable system is developed to counteract this tide, a catastrophe is just a matter of when, and not if. With not even a tiny bit of exaggeration, the appearance of a devastating superbug is a looming global crisis. 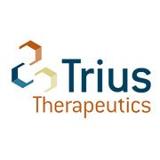 The solution is multifaceted, and public-private collaborations are a necessity. Governments must be involved because development of new agents must be done quickly and at great cost without regard to return on investment. Shareholder-owned companies cannot do this. Indeed, in some instances new products may not be profitable for drug developers because antibiotics are used for acute disease and not for ongoing chronic therapies the way statins are used in patients with hypercholesterolemia. Furthermore, FDA and other global regulators may at times order that new antibiotics be held back for infrequent use to prevent them from initiating development of new resistant bacteria. In other words, they may be reserved for catastrophic circumstances.

The U.S. Congress passed the Generating Antibiotic Incentives Now (GAIN) Act, which was intended to provide biotechs and pharmas with inducements to spur development of new antimicrobial agents that would be effective against resistant strains of bacteria. Those inducements for developers producing what the GAIN Act calls qualified infectious disease products (QIDPs) include an additional five years of exclusivity beyond the normal five years; a priority review where a new drug application would be evaluated in eight months versus a more typical 12 months; and fast tracking, which would open up the lines of communication for quicker access between the drug developer and the FDA. Companies that might benefit from provisions of the GAIN Act include Optimer Pharmaceuticals, Cubist Pharmaceuticals, Cempra, Polymedix and a very low-valuation Trius Therapeutics, Inc. (NASDAQ:TSRX).

I had a wide-ranging conversation with Managing Director and Head of Health Care Equity Research Ram Selvaraju of Aegis Capital who wanted to talk about Trius before going to any other topic. “We have been bullish on Trius for quite some time,” he says. “It just recently raised capital, and it is very well funded and it is therefore highly unlikely that there will be an additional near-term dilutive capital raise. So we think that investors should take a look at this company now and consider this a reasonable and timely entry point.”

Trius’ lead candidate is its phase 3 product tedizolid phosphate, which is being tested for acute bacterial skin and skin structure infections (abSSSI). Selvaraju is anticipating a major catalyst in the lifecycle of the company in the second half of March when it releases top-line data from a confirmatory phase 3 trial for abSSSI. “Since the designs of the first phase 3 trial, and this one were virtually identical, we do not believe this second trial would be anything other than positive,” he says. “So we’re very high on this upcoming data release.” The value proposition for the company, according to Selvaraju, is that Trius is the only small-cap antibiotic developer with a late-stage compound in a class of antibiotics that is not crowded with others clamoring to get to market. The product will go head-to-head with Pfizer’s Zyvox (lenezolid) which is currently grossing $1.4B per year. Trius with a $209M market cap is poised to give investors a windfall. “We think that its [valuation] is extremely low for a company that’s already in phase 3 development and that has a risk-mitigated asset with a previously reported positive phase 3 study,” he says.