Entertainment giant Activision Blizzard, Inc. (NASDAQ:ATVI) and airline holding company United Continental Holdings Inc (NYSE:UAL) are the latest companies to join the S&P 500, and the coup is already paying dividends for both stocks, each of which is up by more than 5% in today’s trading session. The updates to the S&P 500 indice are in response to the acquisition of Pall Corporation (NYSE:PLL) and Hospira, Inc. (NYSE:HSP) by Danaher Corporation (NYSE:DHR) and Pfizer Inc. (NYSE:PFE) respectively. Activision will replace Pall Corp. after the close of trading today, while United Continental Holdings will replace Hospira, Inc. after the close of trading on September 2. The S&P 500 Index is a great achievement for a company as it shows investors that a company is solid in its performance. With the S&P 500 representing over 70% of U.S equity, joining the league of such mid-cap and large-cap stocks is attractive to investors, most of which look for long-term stability. It also makes the shares more highly sought after simply because many investors attempt to replicate the index. 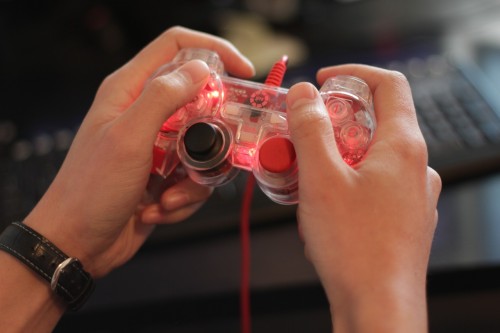 Interestingly, the smart money tracked by Insider Monkey had differing opinions about the two companies during the second quarter. At the end of the second quarter, a total of 46 hedge funds out of the ones tracked by Insider Monkey were invested in Activision Blizzard, Inc. (NASDAQ:ATVI), five more than the number at the beginning of the quarter. The same trend was seen in the aggregate investments of these funds in the stock, which rose by 53.42% during the quarter to close at $1.57 billion. In the case of United Continental Holdings Inc (NYSE:UAL), however, things were quite different, as the number of hedge funds in our database that were invested in the stock dropped by six during the quarter to close it at 72. Aggregate investment of these funds also took a similar dive, declining by 18.09% to close at $3.21 billion.

Why do we pay attention to hedge fund sentiment? Most investors ignore hedge funds’ moves because as a group their average net returns trailed the market since 2008 by a large margin. Unfortunately, most investors don’t realize that hedge funds are hedged and they also charge an arm and a leg, so they are likely to underperform the market in a bull market. We ignore their short positions and by imitating hedge funds’ stock picks independently, we don’t have to pay them a dime. Our research has shown that hedge funds’ long stock picks generate strong risk adjusted returns. For instance the 15 most popular small-cap stocks outperformed the S&P 500 Index by an average of 95 basis points per month in our back-tests spanning the 1999-2012 period. We have been tracking the performance of these stocks in real-time since the end of August 2012. After all, things change and we need to verify that back-test results aren’t just a statistical fluke. We weren’t proven wrong. These 15 stocks managed to return 118% over the last 35 months and outperformed the S&P 500 Index by over 60 percentage points (see the details here).