Nathaniel August recommended a position in Peabody Energy (NYSE:BTU) which “is the largest and least expensive way to participate in the coal market” according to this fund manager. Unfortunately the stock lost more than 26% since August’s recommendation.

Larry Robbins recommended positions in ESRX, McKesson Corporation (NYSE:MCK), and CVS Health (NYSE:CVS) because he didn’t see Amazon as a threat to these companies. ESRX returned 30% until its merger with Cigna. MCK declined by 23% and CVS lost nearly 20% since Robbins’ presentation. Robbins’ average underperformance with respect to the S&P 500 Index is about 14 percentage points.

Benchmark Capital’s Bill Gurley was bearish on both Tesla Inc (NASDAQ:TSLA) and Hertz Global Holdings (NYSE:HTZ). Tesla is down about 5% and Hertz lost nearly 14% since his presentation.

Sachem Head’s Scott Ferguson recommended a long position in LSE’s Whitbread plc (LON:WTB). The stock is up 19% since Ferguson’s pitch.

Alex Captain of Cat Rock Capital recommended a position in Takeaway.com (AMS:TKWY) which trades at the Amsterdam Stock Exchange. The stock is one of the biggest winners of the Sohn Conference as it is up nearly 46% since Captain’s presentation.

Diameter Capital Partners’ Scott Goodwin recommended a short position in French company Rallye SA (RAL). It looks like this is another successful European stock pitch as the stock lost nearly 21%. 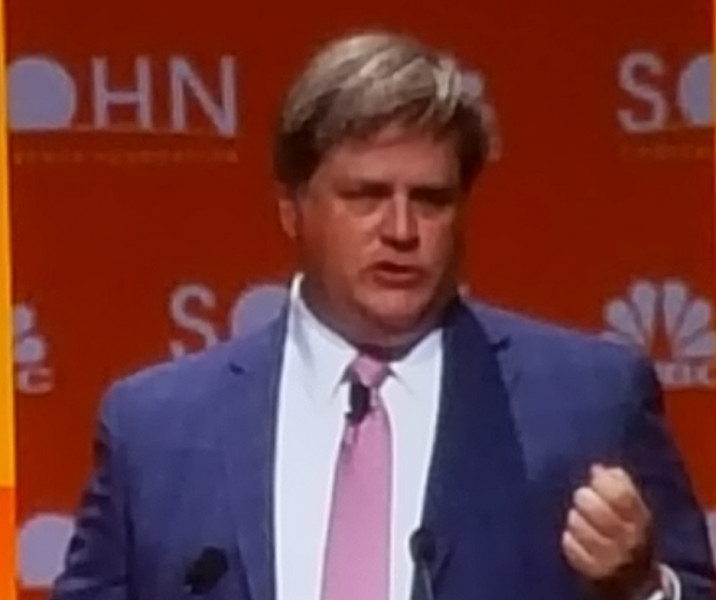 Palo Alto Networks Inc (NASDAQ:PANW) was Glen Kacher’s best idea (read his thesis). This stock was another winner as it gained more than 23% since Kacher’s presentation.

As you can see most of the stocks pitched at the Sohn Conference failed to outperform the market. I didn’t like any of the stocks mentioned above. The only stock pitch that excited me was Ascendis Pharma A/S (NASDAQ:ASND) which was recommended by EcoR1 Capital’s Oleg Nodelman. I liked this pitch for two reasons. First, Nodelman was the best performing hedge fund manager among all Sohn presenters, having returned 53% in 2017. Second, Ascendis’ drug candidate wasn’t a new formulation but a new delivery mechanism. Instead of daily injections ASND’s Phase 3 candidate utilized a weekly injection of a growth hormone that was already approved by the FDA. So, the probability of success for this drug candidate was much higher than usual. ASND shares were slightly up until the beginning of March, but then jumped to a 90% gain following positive news.

Overall, when we give equal weights to each hedge fund manager’s average relative performance, we see that hedge fund managers who presented at the 2018 Sohn Conference generated an average outperformance of 3.2 percentage points. Without Oleg Nodelman’s ASND recommendation, this figure would have been a negative 3.25%.