On Wednesday I published an article showing the best performing stocks of this earnings season, and then provided an outlook. In the first piece I looked at the top five, but now I am taking it one step further to look at numbers six through 10. These five stocks might now have rallied to the degree as those in Part 1, but are worth celebrating nonetheless.

VOXX International is a small-cap diversified electronic instrument and controls company that increased by over 18% after its huge earnings beat. The company exceeded both top and bottom line expectations by a large margin, including revenue growth of 17.5%. Based on valuation, this is a very cheap stock. It trades with a forward P/E ratio of 7.10 and a price/sales of just 0.28 yet is growing by double digits year-over-year. The company benefits from a strong auto market, as it makes parts such as speakers and entertainment systems that are built into new Ford and Nissan vehicles (among others). Therefore, with it being so cheap and the auto industry being the strong point of the U.S. economy, I think VOXX is worth a look. 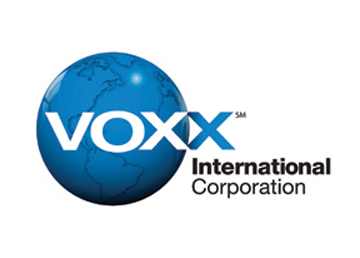 The market got this one wrong

Over the last year shares of ITT Educational Services, Inc. (NYSE:ESI) have fallen more than 75%. Back on January 24 the market initially got it right after the company announced earnings and it fell 10%. However, throughout the day the stock reversed, and closed with gains over 17%! This is a company that lost 18.3% of its revenue compared to last year, and an EPS of ($0.41). Compared to fundamentals, the stock is cheap, but this is a company and a stock that is falling off a cliff. Therefore, I would avoid trying to catch this falling knife.

Synaptics posted by all measures an incredible earnings report. The company beat on both top and bottom lines and raised guidance far above the consensus. The company did lose revenue of 1.7% for the quarter, but is going through a transition as consumers switch from PCs to mobile. Therefore, I found it encouraging that 57% of its sales came from mobile and that its gross margins rose 60 basis points over last quarter. Right now I think the stock is fairly valued but the company’s showing improvements and could see significant gains over the next two years.

Oshkosh: clicking on all cylinders…. except one!

Oshkosh broke out of its range to trade higher after announcing earnings that beat on both the top and bottom lines. The company operates in many segments and saw improved margins in all except its struggling defense segment. Overall, its margins improved 220 basis points to 14% to counter its 6.1% loss of revenue. OSK is not an expensive stock by any measure and the company did just raise guidance, yet I still need to see some bottom in defense before I turn bullish.

Should Investors Get Out Of Oshkosh (OSK) Before Carl Icahn Does?