Published on November 13, 2010 at 12:22 pm by Meena Krishnamsetty in Hedge Fund Analysis

In its infancy 30 years ago, DFA primarily invested in small caps, following Banz’s size effect theory. The plan completely ignored Fama’s Efficient Markets Hypothesis and CAPM, reinforcing DFA’s conviction that small stocks historically beat large caps. Over the years they broadened their offerings. DFA now manages $187.8 Billion. That’s definite success in the business world. But how are their returns doing? Specifically, do they have any alpha?

Insider Monkey, your source for free insider trading data, got a hold of Dimensional Fund Advisors’ US Small Cap Value Portfolio’s (DFSVX) returns. We used Carhart’s four factor model to calculate the fund’s alpha. Using Fama-French’s three factor model would probably yield the same results. The reason is that DFSVX is a passively managed fund with an annual turnover of less than 25%.

Regression results for the first 5 years of the fund (between mid 1996 and mid 2001) show that DFSVX has an annual alpha of -0.11% with more value tilt than size tilt. During the 9 years ending June 2010, DFSVX had an annual alpha of -0.13% with more size tilt than value tilt. Fama and French’s investment strategies can’t generate alpha for Dimensional Fund Advisors. This isn’t surprising because Fama and French dedicated their lives convincing people that markets are efficient and that nobody can generate alpha. You might think that 13 basis points is a very small price to pay for investing in the universe of small and value stocks. The truth is that most mutual funds underperform their benchmarks by much more than 13 basis points per year, and that’s *after* taking expenses into account.

Dimensional Fund Advisors use a couple of strategies to shift their expenses to individual clients. For example, a small investor can’t invest directly in DFA’a funds. One must go through a DFA “approved” financial advisor, who usually charges around 1% of the invested assets per year to open the door to DFA. So, if you’re a small investor, then the true alpha of DFSVX for you is -1.13% per year. This isn’t much different from other index hugging mutual funds. In the meantime, DFA manages to minimize untimely redemptions and unnecessary expenses by erecting a “financial advisor” wall. DFA then collects money from those advisors by requiring them to pay for seminars led by financial gurus. This is an additional income stream for their management company. Moreover, these advisors are required to attend company paid seminars led by financial gurus. The advisors are requried to pay for their own travel and lodging expenses, however.

Insider Monkey thinks DFSVX is not a good mutual fund for individual investors. We don’t know about the fees they demand from institutional investors. If these fees aren’t excessive, institutional investors might consider investing in DFA funds if they want to match the performance of indexes. In our article titled Best Mutual Funds: LSV Value Equity Fund Returns and Alpha, we showed that Josef Lakonishok was able to generate about 120 basis points of alpha per year. 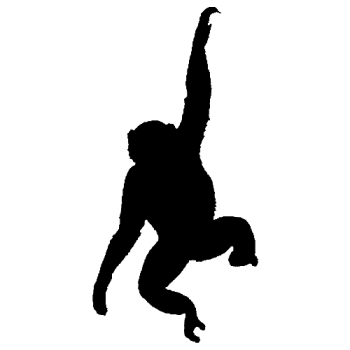 How Do Individual Investors Manage to Lose Money in the Stock Market?