Retail giant Wal-Mart Stores, Inc. (NYSE:WMT) has traded largely sideways for more than a decade. But the company never stopped boosting its dividends on an annual basis, so the effective yield is going places: 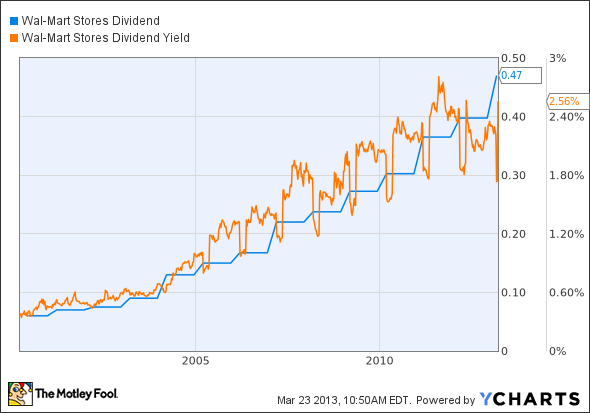 Wal-Mart Stores, Inc. (NYSE:WMT) has ascended from an insignificant yield of less than 1% to a meaty 2.6% in just a few years. Without these payouts, the stock would barely have beaten its peers on the Dow Jones Industrial Average, but reinvested dividends helped shareholders more than double the Dow’s long-term returns. 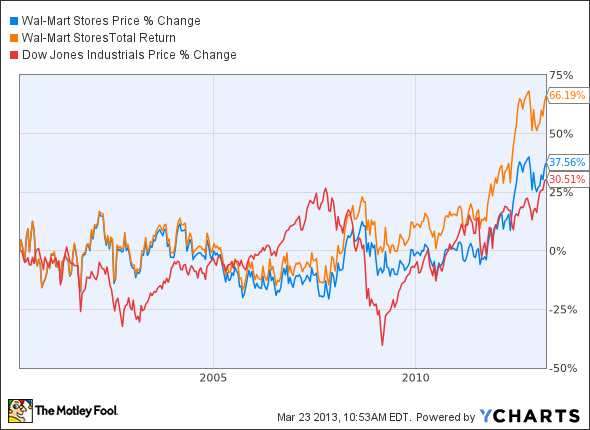 The company’s profit margins may be thin, but they are remarkably consistent and always positive. Many major retailers are losing their grip on long-term profits right now and would sell their souls for a taste of Wal-Mart Stores, Inc. (NYSE:WMT) ‘s stability.

Best Buy Co., Inc. (NYSE:BBY) is giving up on the big-box store concept that Wal-Mart Stores, Inc. (NYSE:WMT) perfected and is battling an onslaught of online retailers in the crucial electronics segment. J.C. Penney Company, Inc. (NYSE:JCP) saw its mall-cap concept falter and brought in a retail superstar to right the ship, but none of new CEO Ron Johnson’s turnaround plans have borne fruit. And through it all, Wal-Mart Stores, Inc. (NYSE:WMT) just keeps ticking along with net margins between 4% and 5%. It’s a beautiful thing to watch. 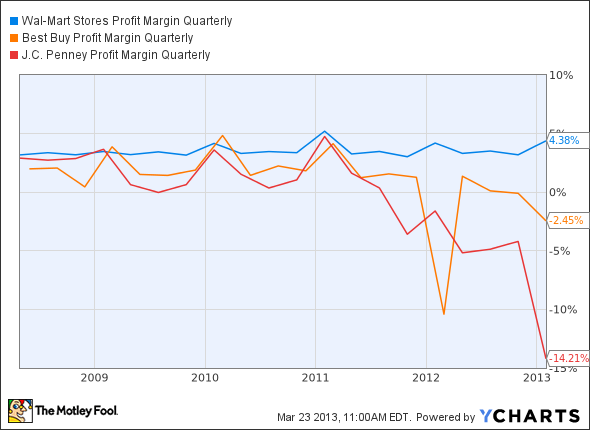 When your company pulls in some of the world’s largest annual revenues, it doesn’t take much of a margin to create massive profits and power juicy dividends. And that’s exactly what the Waltons are doing. 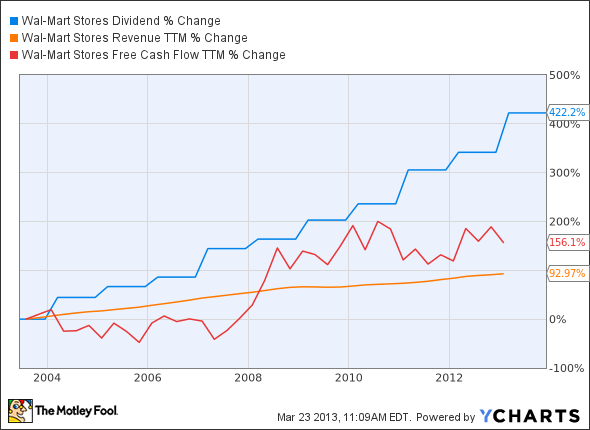 The article How Dividends Change the Game for Wal-Mart originally appeared on Fool.com.

Fool contributor Anders Bylund holds no position in any company mentioned. Check out Anders’ bio and holdings or follow him on Twitter and Google+.