Doug Kass of Seabreeze Partners Management Inc. was the lucky recipient of the invitation to be the credentialed bear.  Kass asked Buffett and Charlie Munger a number of questions during the meeting.  One of the questions focused on the issue of succession at Berkshire Hathaway Inc. (NYSE:BRK.B). Kass asked whether Buffett’s successor would have his same ability to make deals and invest in distressed companies as he did.

Kass suggested that Berkshire Hathaway Inc. (NYSE:BRK.B)’s ability to move quickly in distressed deals in the past was based primarily upon Buffett’s reputation, and a successor would not have the ability to do the same type of deals once Buffett was gone.

Buffett responded that his successor will have even more capital to work with for these types of deals, and this competitive advantage will remain even once Buffett is no longer at the helm.  Buffett stated that his successor will have enough capital to “make big moves quickly.”  Berkshire often has been a beacon of hope to companies in distress who needed large amounts of capital infusions, especially during the most recent financial crisis.

Goldman Sachs Group, Inc. (NYSE:GS), General Electric Company (NYSE:GE), and Bank of America Corp (NYSE:BAC) all put phone calls into Warren during the 2008 financial storm. As Kass alluded to, Mr. Buffett was able to step in quickly to provide large amounts of capital to these companies, in return for preferred stocks with attractive dividends and stock warrants.  These deals have made Berkshire and its shareholders a lot of money.

In 2008, Buffett bought $5 billion in preferred stock from Goldman Sachs Group, Inc. (NYSE:GS) which paid a 10% dividend, along with Berkshire Hathaway Inc. (NYSE:BRK.B) obtaining warrants to buy the company’s common stock at $115 per share through October of 2013.  It was reported that Goldman Sachs Group, Inc. (NYSE:GS) redeemed the preferred shares in April of 2011 at an estimated profit of $1.75 billion for Berkshire comprised of dividends and premium over par value.

Further, Goldman Sachs Group, Inc. (NYSE:GS) stock is now trading at $149, well above the “strike price” of $115 for the warrants.  Goldman Sachs Group, Inc. (NYSE:GS) and Buffett recently agreed for the bank to give him an amount of stock equivalent to his average paper profit in the 10 trading days before the expirations of warrants, which allowed Berkshire to avoid a substantial capital outlay to realize its profit on the transaction.

The profits Berkshire realized in the deal represent a return of at least 34% on Berkshire’s initial investment, not 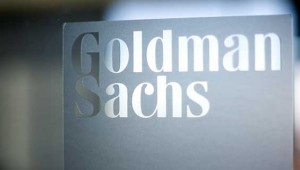 including the significant value of Goldman Sachs Group, Inc. (NYSE:GS) stock it will receive, a sweet deal indeed.  It should be noted that Buffett was willing to step in at a time of great uncertainty.  Not many people in the world would have the capital or confidence to make such a deal.  In the end, it has worked out to the advantage of Berkshire’s shareholders.

Berkshire Hathaway Inc. (NYSE:BRK.B) made a similar deal in 2008 with General Electric Company (NYSE:GE) when it provided $3 billion in return for preferred shares with a 10% dividend.  General Electric bought the shares back in September of 2011, at an estimated profit of $1.2 billion to Berkshire.  In this deal, Buffett also received warrants to buy $3 billion in common stock at $22.50. General Electric Company (NYSE:GE)’s stock is currently trading at $22.47, right around the strike price.  Once again, Buffett made a great deal for his shareholders.