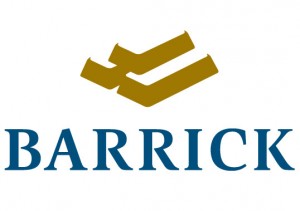 The world’s leading gold producer Barrick Gold Corporation (USA) (NYSE:ABX) recently released its quarterly results, in which its profits fell on lower prices and lower volumes. But the company is sticking to its guidance of 7 million to 7.4 million oz. mined for the year. The company’s long-suffering shareholders, however, have finally been given some decent news about costs, as the company is going to begin selling off assets that it cannot properly service.

Companies like Barrick Gold Corporation (USA) (NYSE:ABX) have been caught off-guard after overpaying for properties during the credit boom and now, during the bust, are dealing with a mix of higher energy and base-commodity prices that are out of phase with economic growth due to central bank intervention. Now they are saddled with too much debt and not enough cash flow to return anything to investors.

Its smaller rival AngloGold Ashanti Limited (ADR) (NYSE:AU) posted a six-fold increase in adjusted profits. But that came entirely because of the impact of South African strikes last year, making the numbers look good in comparison to last year’s low production. Due to labor unrest and falling commodity prices, the South African-based firm could also sell some of its assets, as well.

The performance of the gold companies in general has been less than encouraging. Since the beginning of 2012, Barrick Gold Corporation (USA) (NYSE:ABX) has shed $28.2 billion in market cap, while Goldcorp Inc. (USA) (NYSE:GG) and AngloGold Ashanti Limited (ADR) (NYSE:AU)’s values have fallen by $13.6 billion and $9.9 billion, respectively.

Gold is now, technically, in a bear market having dropped more than 25% off its peak. Sentiment in the hedge fund set is profoundly bearish while fundamentals and physical demand are very strong. But the current two-year counter-trend fall has taken its toll on the balance sheets on nearly all of the miners.

Barrick Gold Corporation (USA) (NYSE:ABX)’s quarterly earnings have dropped from $1.0 billion a year ago to $847 million in the first quarter of the current year. On an adjusted basis, this translates to $0.92 per share. As well, revenue has fallen from $3.6 billion to $3.4 billion. On a positive note, Barrick Gold Corporation (USA) (NYSE:ABX) has been cutting its capital expenditures and for the current fiscal year, its all-in sustaining guidance has been lowered from $1,000 to $1,100 per oz to a range of $950 to $1,050 per oz.

The gold companies now have to modify their plans and adjust to the lower gold prices of around $1,400 per oz. for the time being. The current investing environment has everyone chasing yield in the equity markets while fundamentals continue to erode, smoothed over by trillions of dollars in quantitative easing by major central banks.

This was also stated by the new CEO of AngloGold Ashanti Srinivasan Venkatakrishnan, who believes that companies must brace for a tough environment in which gold could fall to $1,300 per oz. and stay there for a while. At those prices either operational efficiency will have to go way up or mines will have to be sold or shuttered.

In Anglo’s case all marginal assets will be identified and sold. AngloGold will sell its Navachab mine in Namibia by the end of the year while another unidentified asset could also be put up for sale.

Barrick Gold’s flagship gold and silver mine Pascua-Lama located on the Chile-Argentina border will likely be sold. This is the same mine that was involved in the environmental dispute related to water supplies to the local population. The project’s budget has been increased twice so far and now stands at $8.5 billion, while the locals have received a court order that has halted the development work on some part of the mine. Pascua-Lama will stand as Barrick Gold Corporation (USA) (NYSE:ABX)’s Rubicon, as the company will likely begin doubling down in north-central Nevada.