Baozun Inc (ADR) (BZUN): Does It Stack Up To Its Peers?

We have been waiting for this for a year and finally the third quarter ended up showing a nice bump in the performance of small-cap stocks. Both the S&P 500 and Russell 2000 were up since the end of the second quarter, but small-cap stocks outperformed the large-cap stocks by double digits. This is important for hedge funds, which are big supporters of small-cap stocks, because their investors started pulling some of their capital out due to poor recent performance. It is very likely that equity hedge funds will deliver better risk adjusted returns in the second half of this year. In this article we are going to look at how this recent market trend affected the sentiment of hedge funds towards Baozun Inc (ADR) (NASDAQ:BZUN), and what that likely means for the prospects of the company and its stock.

Is Baozun Inc (ADR) (NASDAQ:BZUN) a great investment at the moment? Money managers are really turning bullish. The number of bullish hedge fund positions advanced by 3 in recent months. BZUN was in 9 hedge funds’ portfolios at the end of September. There were 6 hedge funds in our database with BZUN holdings at the end of June. At the end of this article we will also compare BZUN to other stocks including Energous Corp (NASDAQ:WATT), KMG Chemicals, Inc. (NYSE:KMG), and ChannelAdvisor Corp (NYSE:ECOM) to get a better sense of its popularity. 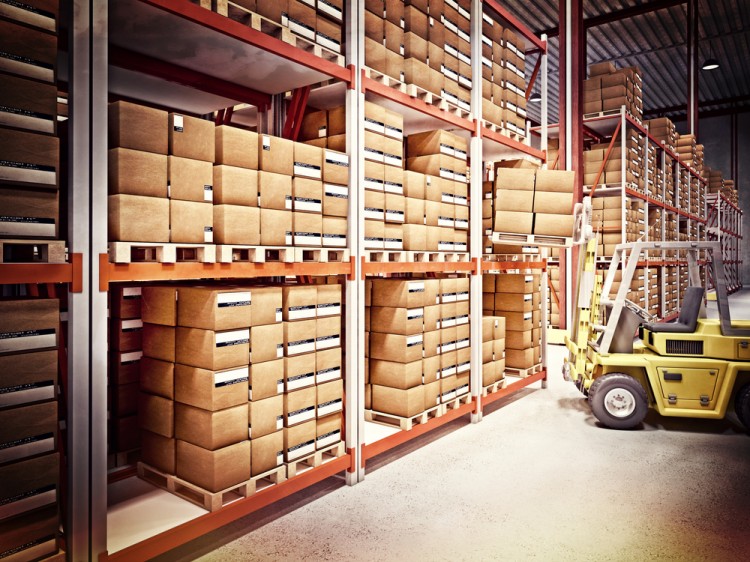 At Q3’s end, a total of 9 of the hedge funds tracked by Insider Monkey were bullish on this stock, a 50% surge from one quarter earlier. On the other hand, there were a total of 8 hedge funds with a bullish position in BZUN at the beginning of this year, so ownership is up only moderately in 2016. With the smart money’s positions undergoing their usual ebb and flow, there exists a few notable hedge fund managers who were upping their stakes substantially (or already accumulated large positions). 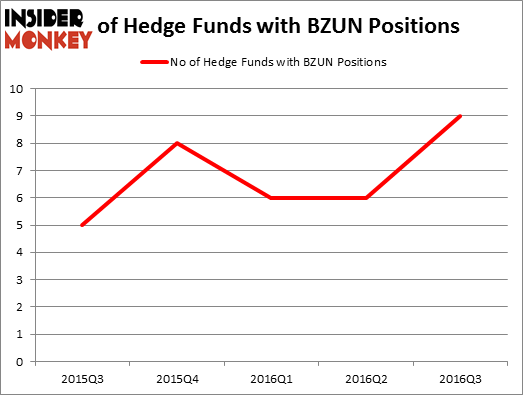 According to publicly available hedge fund and institutional investor holdings data compiled by Insider Monkey, Richard Driehaus’ Driehaus Capital has the most valuable position in Baozun Inc (ADR) (NASDAQ:BZUN), worth close to $7.7 million. On Driehaus Capital’s heels is Lei Zhang’s Hillhouse Capital Management, which holds a $7.5 million position. Some other professional money managers with similar optimism encompass David Kowitz and Sheldon Kasowitz’s Indus Capital, Renaissance Technologies, one of the largest hedge funds in the world, and Israel Englander’s Millennium Management. We should note that Indus Capital is among our list of the 100 best performing hedge funds, which is based on the performance of their 13F long positions in non-micro-cap stocks.