BankUnited (BKU): Hedge Funds Are Bullish and Insiders Are Undecided, What Should You Do?

In today’s marketplace, there are tons of indicators market participants can use to monitor stocks. Two of the most under-the-radar are hedge fund and insider trading movement. At Insider Monkey, our studies have shown that, historically, those who follow the top picks of the elite hedge fund managers can beat the S&P 500 by a superb amount (see just how much).

Equally as crucial, optimistic insider trading activity is a second way to look at the financial markets. There are a number of reasons for an upper level exec to drop shares of his or her company, but only one, very simple reason why they would buy. Many academic studies have demonstrated the market-beating potential of this method if you understand where to look (learn more here).

Heading into Q3, a total of 15 of the hedge funds we track were bullish in this stock, a change of 7% from the first quarter. With the smart money’s capital changing hands, there exists a few key hedge fund managers who were increasing their stakes meaningfully.

According to our 13F database, Wilbur Ross’s Invesco Private Capital (WL Ross) had the biggest position in BankUnited (NYSE:BKU), worth close to $213 million, accounting for 22% of its total 13F portfolio. Sitting at the No. 2 spot is Centerbridge Partners, managed by Mark T. Gallogly, which held a $167.3 million position; 16.7% of its 13F portfolio is allocated to the company. Other peers with similar optimism include John A. Levin’s Levin Capital Strategies, Jim Simons’s Renaissance Technologies and Chuck Royce’s Royce & Associates.

How are insiders trading BankUnited (NYSE:BKU)?

Insider buying is particularly usable when the company we’re looking at has experienced transactions within the past half-year. Over the latest half-year time period, BankUnited (NYSE:BKU) has experienced zero unique insiders buying, and zero insider sales (see the details of insider trades here).

We’ll also take a look at the relationship between both of these indicators in other stocks similar to BankUnited (NYSE:BKU). These stocks are WesBanco, Inc. (NASDAQ:WSBC), SCBT Financial Corporation (NASDAQ:SCBT), United Bankshares, Inc. (NASDAQ:UBSI), First Citizens BancShares Inc. (NASDAQ:FCNCA), and Synovus Financial Corp. (NYSE:SNV). This group of stocks are in the regional – mid-atlantic banks industry and their market caps match BKU’s market cap.

This Metric Says You Are Smart to Buy FTI Consulting, Inc. (FCN) 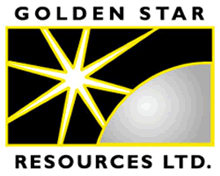 NIC Inc. (EGOV): Hedge Funds Are Bullish and Insiders Are Undecided, What Should...
Monthly Newsletter Strategy
Download a free copy of our newsletter and see the details inside!
Hedge Fund Resource Center
Billionaire Hedge Funds