After another blow from the labor market caused many stocks to tumble this morning, Bank of America Corp (NYSE:BAC) is making a comeback. Though it sunk by 2.2% right after the markets opened, the bank was back to breakeven within two hours and now sits at a 0.25% gain right before 1:30 p.m. EDT. The bank has some new customer-focused initiatives to thank for today’s gains as it tries to recoup some of its losses from Wednesday. 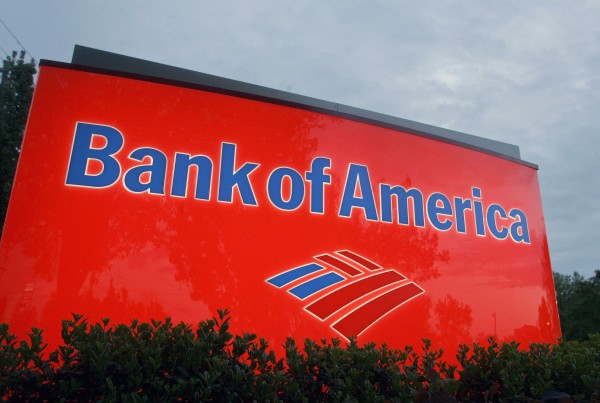 Earlier in the week, B of A investors were happy to hear that the bank had settled with the National Credit Union Association for its alleged sale of faulty mortgages. Though the settlement is small, it is an important one for the bank, which continues to struggle with legal issues.

Speaking of negative impacts from legal battles, Bank of America Corp (NYSE:BAC) was dealt a harsh blow when a judge ruled in favor of insurer MBIA Inc. (NYSE:MBI), stating that the bank would be required to repurchase securities even if they were not in default. MBIA Inc. (NYSE:MBI) would only have to prove that the securities were faulty, but not that the bank’s underwriting was defective, leading to the faulty mortgage-backed securities.

Yesterday’s improvements were largely due to Bank of America Corp (NYSE:BAC)’s tally in the win column following the release of new global investment fees data. Overall fees rose by 6%, but B of A bested both JPMorgan Chase & Co. (NYSE:JPM) and Goldman Sachs Group, Inc. (NYSE:GS) in fee income for the first quarter of this year.

Today’s rally may have a little something to do with the bank’s increased focus on customer service. Though the bank continues to be at the bottom of the barrel in terms of customer satisfaction, it has been making an effort to change some of its consumer-facing traits. Today, the bank announced it would be adding real-time teller chat abilities to a portion of its ATM fleet. The move is designed to allow customer struggling with a transaction to troubleshoot with a real person. The ATMs will now also allow customers to cash checks for the full amounts (including change), choose the denominations desired for cash back, and some other transactions that were not previously supported by traditional machines.

Inside the bank’s branches, there will be some updates as well. New lounge areas will be created in the branches, and iPads will be available for customer use. The traditional branch setup, with products being pushed onto customers, hasn’t been working, according to the bank, and the new one aims at creating a more consultation-type feel to banking interactions. If the bank can improve its customer service, as well as reduce its legal exposure, there is plenty of room for its stock to grow. Happy customers will lead to happy investors.

The article Bank of America Rallies From Early Morning Drop originally appeared on Fool.com and is written by Jessica Alling.

Fool contributor Jessica Alling has no position in any stocks mentioned, but you can contact her here. The Motley Fool recommends Goldman Sachs. The Motley Fool owns shares of Bank of America and JPMorgan Chase.