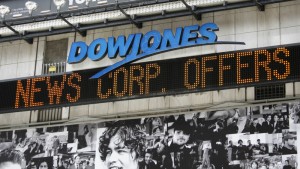 If you just looked at this morning’s minor moves in the stock market, you’d think that investors were looking to close the week on a quiet note in the absence of any big market-moving news. As of 10:45 a.m. EDT, the Dow Jones Industrial Average (INDEXDJX:.DJI) were down just 12 points, while the broader market posted very small gains.

Yet when you look beyond the shores of the U.S., you’ll find some very important trends that could have a lasting impact on U.S. markets in the long run. Specifically, the recent reduction in the value of the Japanese yen below the US$0.01 mark has greatly bolstered shares of Japanese exporters, which rely on favorable exchange rates to boost profits. Since the beginning of the year, the iShares Silver Trust (ETF) (NYSEMKT:SLV) has risen more than 20%, and that actually understates the rise in the Nikkei on a local currency basis because the iShares ETF is denominated in dollars rather than yen.

Moreover, precious metals have swung lower once more, with the SPDR Gold Trust (ETF) (NYSEMKT:GLD) and iShares Silver Trust (ETF) (NYSEMKT:SLV) ETFs down roughly 2% and 1.5%, respectively, adding onto their big losses in 2013. Gold and the U.S. dollar often exhibit an inverse relationship, so when the dollar soars as it has lately, seeing gold drop isn’t unusual. But for Dow component Caterpillar Inc. (NYSE:CAT) , which was down 1.2% this morning to post one of the steepest declines in the average, falling metals prices mean less mining activity and therefore reduced sales of mining equipment. Despite recent gains on hopes of stronger global economic prospects, Caterpillar is still well off its highs for the year, and mining could continue to hold the company back for the foreseeable future.

Finally, as earnings season starts to wind down, investors will have to focus more on macroeconomic issues. Today’s comments from Federal Reserve Chairman Ben Bernanke highlighted the continuing impact of lightly regulated “shadow banking,” raising concerns about a potential run on money market funds that could create a new U.S. financial crisis. The news didn’t appear to have a big impact on bank stocks both within and outside the Dow, as Bank of America Corp (NYSE:BAC) rose 0.5% on reports that the New York Attorney General might drop a lawsuit against the bank concerning its Merrill Lynch division. In the long run, though, investors have to stay aware of potential trouble spots even on relatively calm days like today.

Motley Fool contributor Dan Caplinger has no position in any stocks mentioned. You can follow him on Twitter @DanCaplinger. The Motley Fool owns shares of Bank of America.