Bank of America Corp (BAC): Is the Trump Rally Over?

After a long bull rally, Bank of America Corp (NYSE:BAC) shares have softened in recent sessions on the combination of profit taking and some traders positioning for what they think might be the end of the Trump trade.

Although many major bank CEOs and their investors (such as Warren Buffett of Berkshire Hathaway) supported Hillary Clinton in the election, shares of Bank of America Corp (NYSE:BAC) have done very well since Donald Trump won the Presidency in early November. Traders have bid up what used to be considered dead money by 77% over the last four quarters and almost 50% since the beginning of November on the expectation that Trump’s deregulation and pro-pump policy will help increase Bank of America’s consumer and interest margins and allow for the bank to return more capital through dividends and buybacks. In terms of his fiscal policies, there is no doubt that Trump is pro-growth, which incidentally means a faster route to more normalized interest rates. The President said the following to Robert Draper of the New York Times Magazine:

We’re also going to prime the pump. You know what I mean by ‘prime the pump’? In order to get this [economy] going, and going big league, and having the jobs coming in and the taxes that will be cut very substantially and the regulations that’ll be going, we’re going to have to prime the pump to some extent. In other words: Spend money to make a lot more money in the future. And that’ll happen.

Due to Bank of America’s strong rally, some investors are taking profits and playing with more house money. On the account of some recent events, some former bulls are also positioning for what might be a less than smooth ride to the promised land of higher rates and bountiful capital returns. Due to the Federal Reserve hinting that they will only increase the interest rate two more times this year and on the account of the healthcare bill to repeal and replace Obamacare failing to come to a vote in the House on Friday, some investors think that much of the good news has been priced in and are willing to move onto the sidelines.

Wall Street analysts are still bullish, however, as the Street has a collective price target of $25.21 per share. In terms of valuation, Bank of America isn’t exactly expensive either, trading for just 11.17 times forward earnings estimates and 0.99 times book value. With or without more interest rate hikes, Bank of America’s margins could move higher as the Wall Street Journal reported that big banks are exploring methods to cut back on back-office expenses in a move that might hopefully trim $2 billion of costs all together for all the banks. Read on to see what the smart money thinks of Bank of America.

According to our data, the smart money really liked Bank of America in the fourth quarter. Of the 742 elite funds we track, 139 funds owned $12.49 billion of Bank of America Corp (NYSE:BAC) and accounted for 5.60% of the float on December 31, versus 112 funds and $7.24 billion respectively on September 30.

As it stands, the Trump trade may or may not be over in the short term, but given its wide moat, solid dividend yield, and growth prospects, we think Bank of America Corp (NYSE:BAC) has a lot more upside in the long run and is a good long term bet. 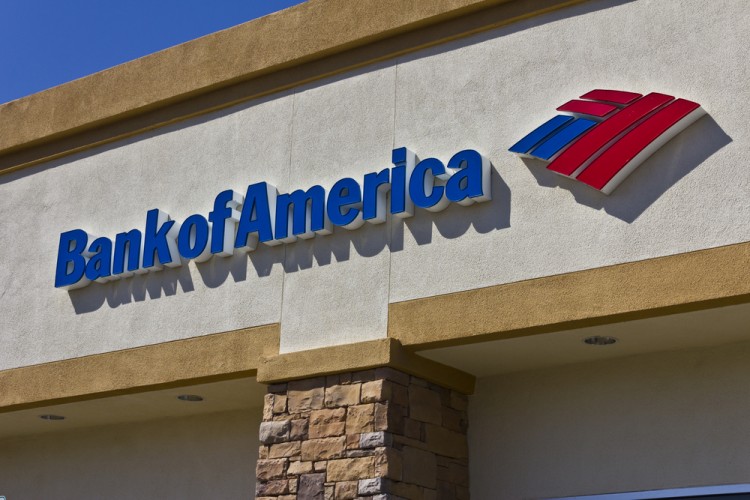 Amgen, Esperion, AmTrust Financial and More: What is Going On With These Falling...
Monthly Newsletter Strategy
Download a free copy of our newsletter and see the details inside!
Hedge Fund Resource Center
Billionaire Hedge Funds