Bank of America Corp (BAC) Is Booming: Here’s What You Should Know

In the aftermath of last week’s big record run for the stock market, it’s no surprise to see the bull-market rally take a brief pause. Yet the market once again proved its resiliency, recovering every bit of its initial decline in the first half-hour of trading, although by 10:55 a.m. EDT, the Dow Jones Industrials were back down about 26 points. The S&P 500 rose less than a point, heading for what could be yet another all-time record for the broader benchmark. 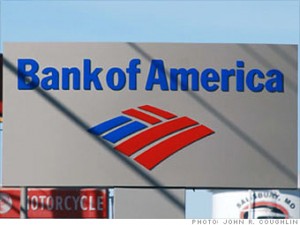 But on a quiet day for the Dow overall, Bank of America Corp (NYSE:BAC)‘s gain of about 2.2% stands out, especially in light of a decision from the New York Attorney General to sue B of A and banking peer Wells Fargo & Co (NYSE:WFC), alleging that the banks have violated the terms of the industrywide $25 billion settlement they and other banks made last year with attorneys general across the nation. Given how hard B of A has worked to get as much litigation risk behind it, the renewal of what had been thought to be a settled issue is bad news for the company, regardless of the positive spin investors seem to be putting on it.

On the downside, Johnson & Johnson (NYSE:JNJ) has dropped 1.1%. The move may reflect a growing awareness that the recent rally has turned the usual rules of the stock market upside-down, as defensive stocks like J&J are trading at huge multiples to their earnings, while stocks in industries traditionally seen as being more growth-oriented carry much more modest valuations. Despite its allure as a safe haven, J&J doesn’t have the growth potential to justify big price gains from here.

Finally, looking beyond the Dow, Inergy, L.P. (NYSE:NRGY) soared 8.4% after announcing plans to merge with Crestwood Midstream Partners LP (NYSE:CMLP) and Crestwood Holdings to create a $7 billion midstream energy partnership. Although the corporate transactions among the entities — including the Inergy Midstream LP (NYSE:NRGM) — are complex, the result will be a combined company with access to most of the major shale plays in the U.S., including the Bakken, Eagle Ford, and Marcellus. Investors should expect the trend toward consolidation in the industry to continue as the importance of midstream infrastructure grows.

The article Why Bank of America Is Soaring on a Mixed Dow Day originally appeared on Fool.com.