The Motley Fool’s Financials Bureau Chief Matt Koppenheffer recently expressed a bullish outlook on JPMorgan Chase & Co. (NYSE:JPM) stock over the long haul. Negative headlines have sent the stock to lows that offer investors an attractive entry price into a great collection of businesses that look poised to endure, he argues.

Sure, the stock price is lower. But just how good is the value at today’s price? Let’s visualize the opportunity. 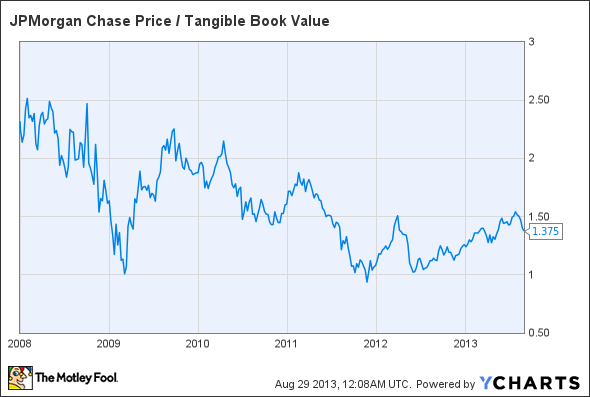 Over the last year or so, the valuation has been recovering, but it still remains almost irrationally low. 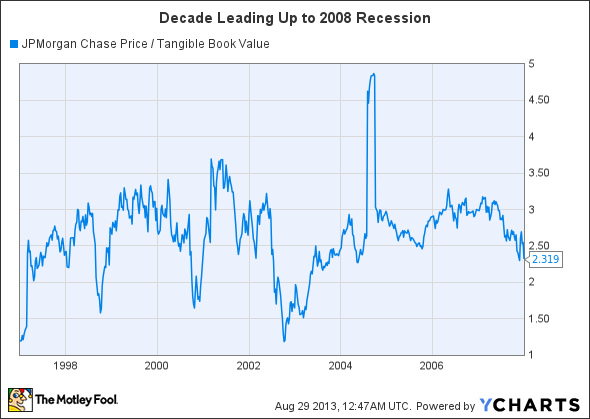 But why JPMorgan Chase & Co. (NYSE:JPM)? Both Bank of America Corp (NYSE:BAC) and Goldman Sachs Group, Inc. (NYSE:GS), for instance, trade at lower price to tangible book value ratios, 1.1 and 1, respectively, versus JPMorgan at about 1.4. 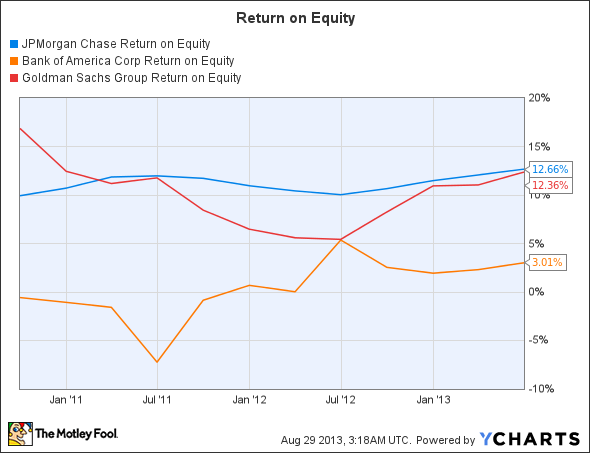 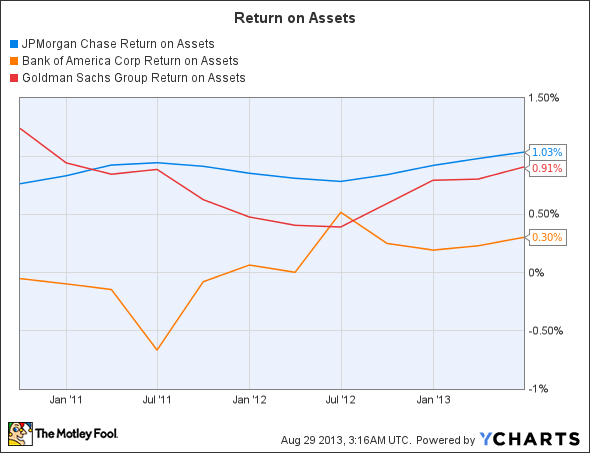 JPMorgan’s lawyers are certainly busy. In the company’s most recent quarterly report, the company quantified the risk of its potential losses due to ongoing investigations at anywhere from $0 to $6.8 billion in excess of reserves.

While $6.8 billion is certainly hefty, the company looks poised to handle the costs related to its litigation.

To illustrate, consider this $6.8 billion as a proportion of the company’s shareholder equity and its trailing-12-month net income. Source: Data for both charts retrieved from Q2 2013 10-Q filing and Morningstar.

For investors with a Foolishly long-term time horizon, $6.8 billion is nothing but a tiny blip.

But as Koppenheffer pointed out, it’s not necessarily this particular sum of $6.8 billion that is the real risk to JPMorgan’s business, it’s the risk that these ongoing investigations could potentially inhibit the company’s collection of businesses by either damaging their reputations or limiting their operations due to particular legal action.

Still, it’s nice to know the company can sufficiently muster up the cash needed to cover the litigation it’s facing.