If you’re in the unhealthy habit of checking your portfolio every 20 minutes, yesterday was a bad day. On news that the Chinese economy grew by 7.7% during the first three months of 2013, stocks traded down by over 2%.

That type of GDP growth is much higher than the growth most developed nations experienced, but significantly below the 8% figure analysts were expecting. Investors are worried because demand from China has been a key factor in the global economic recovery since 2009. 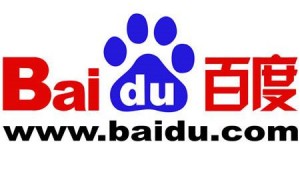 That being said, the sky isn’t falling. Amid this fear, there’s one Chinese stock I think is still a great buy. Read below to find out why, and at the end, I’ll offer up access to a special premium report on the company: China’s largest search engine, Baidu.com, Inc. (ADR) (NASDAQ:BIDU).

One look at what Google Inc (NASDAQ:GOOG) has been able to accomplish over the last five years should offer some perspective on the opportunity Baidu.com, Inc. (ADR) (NASDAQ:BIDU) has… even if China’s growth slows. 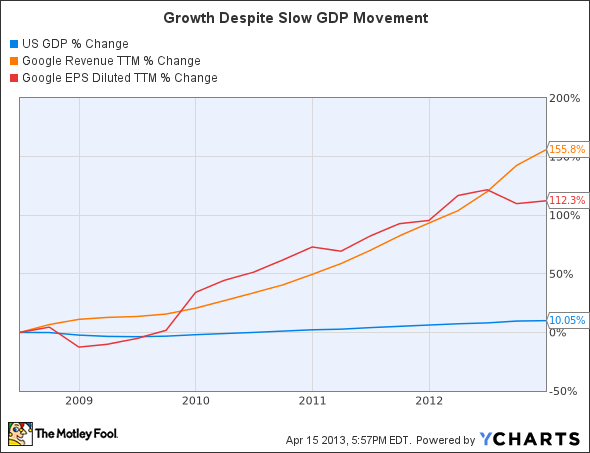 Granted, the United States only makes up about half of Google Inc (NASDAQ:GOOG)’s revenue . But that 10% growth equates to just about 2% annual GDP growth per year. China’s economy is growing almost four times faster.

But during this time frame, Google Inc (NASDAQ:GOOG)’s revenue grew by 20.7% and earnings by 16.2% per year. That’s a huge disconnect between GDP growth in the States.

How important is the macro picture?
Make no mistake about it; the macro environment does have an effect on how a company performs. But the degree of this effect is vastly different depending on the industry you are talking about.

If we were comparing railroads, there would be a significant correlation between GDP and revenue/earnings growth. If fewer products are being made and consumed, then there’s going to be less stuff sent over the railroads.

That’s simply not the case, however, when it comes to the Internet and search engines. Remember, Google Inc (NASDAQ:GOOG) still makes the lion’s share of its money from advertising. As more and more people used Google Inc (NASDAQ:GOOG) to make Internet searches over the last five years — especially from mobile devices using the Android platform — more and more companies were willing to pay Google to deliver personalized advertisements.