Now that sequestration cuts have gone into effect, the U.S. government is on track to trim military spending by brute force. While there’s still hope that intervention can stave off the most draconian military cuts, defense investors should be looking for companies that have already started to shift their business models. BAE Systems PLC (ADR) (OTCMKTS:BAESY) and Northrop Grumman Corporation (NYSE:NOC) are two prime examples.

Northrop Grumman Corporation (NYSE:NOC) is a military contractor with notable products like the Global Hawk unmanned reconnaissance system, B-2 stealth bomber, F-35 fighter, and Minuteman III Intercontinental Ballistic Missile. About 40% of its top line comes from aerospace sales, which is a key differentiator, since air supremacy is increasingly important to the U.S. military. In fact, Northrop was the lead contractor on the X-47B unmanned aircraft, which recently landed itself autonomously on an aircraft carrier. 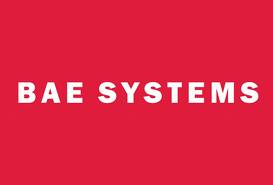 The company’s top line has been falling in recent years as it works to streamline its operations. Those efforts have worked wonders for the company’s bottom line, however, which has risen in each of the last four years. While that may seem counterintuitive, operating profit margins  expanding from 7% to 12% explain the impressive showing on the earnings front. For the remainder of the year, the company is looking for margins to remain at the high-end of that range.

Northrop Grumman Corporation (NYSE:NOC) shares have gone from around $65 a share to $95 this year; clearly, the market has taken notice of the company’s improving fortunes. That said, the P/E of around 12 is about 30%  below the industry’s average. That means there’s still upside potential. And with a yield of about 2.6%, backed by more than a decade of dividend increases, growth and income investors should be pleased with the opportunity.

Note, too, that the company is aggressively buying back stock, acquiring more than 12 million shares in the first half. It wants to repurchase up to 25% of its common stock by the end of 2015. That will boost earnings per share and, in turn, support dividend growth.

U.K.-based BAE Systems PLC (ADR) (OTCMKTS:BAESY) provides products and services across almost every aspect of the military world, from repairing warships to providing munitions to aiding in the emerging world of cyberwar. Although sales to the U.S. and U.K. make up the bulk of the company’s business, 20% is from other countries like Australia and Saudi Arabia, where spending isn’t as constrained.

Adjusted from British pounds using historical exchange rates, the company’s sales have gone from about $13.7 billion to $28.3 billion over the past decade.  Earnings have been volatile, but came in at around $2 per share last year, down slightly from the previous year. Dividends, meanwhile, depend on performance, so they go up and down regularly.

The real benefit here is that the company’s profit margin has been expanding for three straight years, improving from about 4.5% to around 9%. That’s toward the high end of the company’s recent history. With U.S. military spending likely to shrink, BAE Systems PLC (ADR) (OTCMKTS:BAESY) is focusing on expanding its foreign business while cutting costs to maintain margins.

If sales continue to improve on strength from markets outside The United States, and the company can maintain its margins, profits will follow. At this point, management is looking for margins to be roughly stable over the second half of the year. And more profits should lead to higher dividends.

The company’s P/E is higher than Northrop Grumman Corporation (NYSE:NOC)’s at about 14, but that’s still below the industry’s average, and there’s notable upside potential to the dividend for more aggressive income investors.

Growing in Other Areas

Another option in the military space is to shift to a company where growth isn’t as tied to the military. One of the best choices is The Boeing Company (NYSE:BA).

Only about 40% of the company’s business is tied to military spending; the rest comes from its commercial aircraft business, which currently enjoys brisk growth. Aircraft sales increased 13% in the second quarter, year over year, and 7% for the first half. The company’s backlog, meanwhile, hit a new high at $410 billion.