With the SPDR S&P Biotech Index up 31% over the trailing-12-month period, it’s evident that investment dollars are willingly flowing into the biotech sector. Keeping that in mind, let’s have a look at some of the rulings, studies, and companies that made waves in the sector last week.

Earlier this week looked as if it could be the most uneventful week of the year for the biotech sector, but a flurry of mid-to-late week clinical data and advisory panel rulings changed that in a flash.

You can thank the Committee for Medicinal Products for Human Use, or CHMP, for the majority of this week’s news. CHMP, which is Europe’s equivalent of the Food and Drug Administration’s advisory panel, took a closer look at three drugs this past week, divvying out two positive and one negative recommendation. 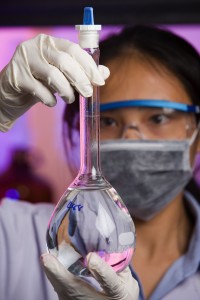 The end of the week brought fantastic news for shareholders in Avanir Pharmaceuticals, Inc. (NASDAQ:AVNR) who witnessed the CHMP recommending approval for Nuedexta, it’s already U.S.-approved treatment for psuedobulbar affect. An approval in Europe would be a key win for Avanir as Nuedexta currently makes up the majority of its revenue. In addition, it’s worth noting that the European Medicine Agency’s panel recommended two dosing regimens, potentially broadening in patient reach. Shares reacted notably higher but tapered off by the end of the day on Friday. Although the EMA isn’t required to follow the recommendation of its panel, this would be a case where I’d be mildly surprised if it didn’t.

Friday brought equally good news for Medivation Inc (NASDAQ:MDVN) and its advanced prostate cancer drug Xtandi, which also received a positive opinion from the EMA’s advisory panel. This really shouldn’t come as a surprise as Medivation’s oral prostate cancer treatment won FDA approval months early in the U.S., and the 4.8 months of extended median survival it delivered compared to the placebo is remarkable for such an advanced stage disease.

Conversely, the EMA’s advisory panel didn’t deliver what the doctor ordered (in a metaphorical sense) for Pfizer (NYSE:PFE)‘s moderate-to-severe rheumatoid arthritis pill, Xeljanz. The CHMP delivered a negative opinion on the RA pill, noting that its benefits failed to outweigh the risks. Pfizer is planning to appeal the decision and get its drug reexamined by the CHMP. Already approved in the U.S., Xeljanz could get a more receptive audience in due time, but it appears the approximately $500 million in EU sales that ISI Group analyst Mark Schoenebaum was looking for by 2018, according to an interview with Bloomberg, could be in jeopardy.

In terms of clinical updates, hepatitis-C-focused biotech Achillion Pharmaceuticals (NASDAQ:ACHN) announced updated midstage results for its lead compound, ACH-3102, on Tuesday. In trials of genotype-1b treatment naive patients, ACH-3102 plus a ribavirin delivered a 75% success rate in end-of-treatment virologic response. The problem with these results is that not only is Achillion far behind its all-oral peers in terms of development, but its 75% success rate trailed that of Gilead Sciences‘ Sofosbuvir, which delivered 100% success rates in some of its late-stage trials featuring genotype-1 patients.

Finally, Theravance (NASDAQ:THRX) made waves after announcing that it would be splitting its business into two separate components: Royalty Management, which will focus on drugs currently in the pipeline in collaboration with GlaxoSmithKline, and Theravance BioPharma, which will continue its line of small-molecule rare disease research. Clearly, this gives investors more visibility of where revenue and profit are coming from, but I think it gives Glaxo even more reason to gobble up the Royalty Management segment because now it doesn’t have to buy the remaining pipeline of rare disease research.

The article This Week in Biotech originally appeared on Fool.com.