Editor’s Note: This article has been amended to better describe Auxilium’s drugs and pipeline prospects. Motley Fool apologizes for the inaccuracies.

Xiaflex from Auxilium Pharmaceuticals, Inc. (NASDAQ:AUXL) is used to treat Dupuytren’s contracture. The drug recently increased its revenue potential after announcing a positive outcome for the treatment of Frozen Shoulder Syndrome (FSS), a related disease that affects one in 20 adults worldwide. If approved, Xiaflex will be the only anti-FSS drug in the market.

FSS, or Adhesive Capsulitis, is a painful condition of the shoulder. It happens due to thickening of capsular collagen that affects contraction of shoulder joints. Patients are unable to move their shoulders and experience severe pain. It is estimated that nearly 2-5% of the adult population, especially women, develops FSS. Around 10-20% diabetic patients – 36% in case of insulin dependence – have FSS. The disease can last from one to 3.5 years. It is estimated that approximately 300,000 FSS patients are going through treatment every year.

Xiaflex is already approved by the FDA in the U.S., Europe and Canada to treat adults with Dupuytren’s contracture. It is a disease caused due to thickening and shortening of cords in the hand that lead to bending of one or more fingers toward the palm. This disease has similarities with FSS in the collagen accumulation; one disease is in fact called the other’s cousin. Most people who develop one develop the other disease because of similarities in cellular biochemistry – so it is not surprising that a treatment for one may be used to treat the other.

During the first quarter of 2013, Xiaflex sales were $20.7 million, up 39% compared to $14.9 million last year. The growth was due to significant rise in international sales compensating decreasing sales in the U.S.

Overall, Auxilium Pharmaceuticals, Inc. (NASDAQ:AUXL) reported net revenues of $66.2 million, down by 10% compared to $73.6 million in the same period last year. The decline was due to 23% decrease in total sales of Testim, a treatment for males with low to no testosterone developed by Auxilium Pharmaceuticals, Inc. (NASDAQ:AUXL), and 5% decline in Xiaflex sales in the U.S. The company reported negative earnings due to high operating expenses resulting from SG&A and R&D expenses. Cash, cash equivalents and short term investments as of March 31, 2013 were $467.8 million, compared to $157.4 million as of December 31, 2012. That is a 3-fold increase.

Xiaflex has completed its Phase III trials for the treatment of Peyronie’s disease, for which it showed positive results, and in Phase I for Cellulite. Auxilium Pharmaceuticals, Inc. (NASDAQ:AUXL) submitted a supplemental Biologics License Application (sBLA) to the U.S. Food and Drug Administration for the treatment of PD, which the FDA accepted on December 27, 2012. Under the Prescription Drug User Fee Act (PDUFA), the FDA is expected to take action on the application by September 6, 2013. 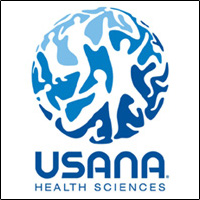