Should income investors choose high dividend “bond-like stocks” or stick to Treasury Bonds?  Leon Cooperman, founder of hedge fund Omega Advisors, compared buying Treasuries with “walking in front of a steamroller to pick up a dime.”  Cooperman believes that stocks are a much more attractive investment than U.S. government bonds (see Cooperman’s what Cooperman’s best ideas were in July).  With government bond rates at historical lows, it’s hard to make a case for government bonds over dividend focused equities.

The telecommunication industry is one of the most popular sectors among income investors who are looking for high dividend yields.  Telecoms operate in mature market with not much room for growth.  Investor returns are often linked to dividend yields, and revenues are not correlated to macro-economic conditions.  Data revenue is growing adequately, but the industry still faces a difficult translation as customers increasingly use data services, requiring new network infrastructure.  Data plan pricing likely needs to increase substantially from current levels to preserve wireless profitability.

AT&T Inc. (NYSE:T) is one of the two dominant players in the U.S. wireless industry, claiming roughly 31% of all wireless customers.  AT&T’s wireless unit is the firm’s largest and most attractive segment and accounts for about half of sales.  The second largest wireless provider, only behind Verizon, has done a good job capitalizing on the wireless unit’s position, driving improvements in customer service, cutting costs, and securing exclusive rights to several phones.  With help from their prior exclusive agreement of the iPhone, AT&T has a five-year revenue CAGR of 15%.  AT&T has a dividend yield of 4.6%, higher than their biggest competitor Verizon.  Looking at the valuation, AT&T is more expensive than any of their comparables.  The second largest wireless carrier is trading at 50.5 times their earnings, and has an EV/EBITDA of 7.90.  Year-to-date, AT&T has returned 24.54% to shareholders, and is trading close to their 52-week high.

Verizon Communications Inc. (NYSE:VZ) is the largest player in the U.S. wireless industry, claiming roughly 38% of all wireless customers.  Since early 2011, when Verizon began offering the iPhone, the company has expanded their lead in the wireless industry.  Verizon has a five-year revenue CAGR of 4.7%, with a dividend yield of 4.4%.  Looking at the valuation, Verizon is the cheapest among American telecom companies.  The largest wireless carrier is trading at 45.5 times their earnings, and has an EV/EBITDA of 5.58.  Year-to-date, Verizon has returned 16.07% to shareholders, and is trading close to their 52 week high.

CenturyLink, Inc. (NYSE:CTL) is the third largest phone company in the United States.  Their acquisition of Embarq in 2009 and Qwest in 2010 has grown the company’s local phone service customers to 15 million and high speed Internet access to 5.5 million customers.  CenturyLink has a five-year revenue CAGR of 44.4%, faster than any comparable.  The third largest U.S. telecom has a dividend yield of 7.4%.  Looking at the valuation, CenturyLink is trading at 46.5 times their earnings, and has an EV/EBITDA of 6.12.  Year-to-date, CenturyLink has returned 6.69% to shareholders.

France Telecom SA (NYSE:FTE) has a customer base of 167.4 million mobile phone customers and 14.7 million broadband internet customers.  After merging their operations with the U.K. with Deutsche Telekom, market consolidation bodes significant cost savings.  France Telecom has a five-year revenue CAGR of -2.60%, slower than any U.S. comparable.  The international telecom company has the highest dividend yield among comparables at 12.9%.  Looking at the valuation, France telecom is cheapest among comparables, trading at 6.97 times their earnings, and has an EV/EBITDA of 3.98.  Year-to-date, the phone company has returned -21.39% to shareholders.

China Mobile Ltd. (NYSE:CHL) has close to 700 million subscribers, making it the largest mobile carrier in the world.  The telecom giant controls two thirds of the wireless market in China and is gearing up for the construction of their fourth generation (4G) mobile network.  China Mobile has a five-year revenue CAGR of -3.90%, slower than any comparable.  The telecom giant has the lowest dividend yield among comparables at 3.5%.  Looking at the valuation, China Mobile is cheaper than any U.S. comparable, trading at 11.2 times their earnings, and has an EV/EBITDA of 4.10.  Year-to-date, the phone company has returned 12.23% to shareholders.

When comparing AT&T, Verizon and CenturyLink (U.S.-based companies) to international telecom companies, the latter look like a fire sale, and U.S. telecom companies certainly look expensive.  Although the three U.S. companies have a higher five-year revenues growth, this isn’t expected to be sustainable in a mature industry. Speaking simply, U.S. based telecom companies are more expensive and their dividend yields fall behind France Telecom, the cheapest company among the comparables.

There’s little question that interest rate will be held down for the foreseeable future, and dividend stocks offer higher dividend yields than even 30-year Treasuries.  We disagree with Cooperman’s view on government securities, and think they are different species that cannot be reasonably compared to bond-like stocks.  Often, returns come after safety for investors purchasing government bonds, and understanding what investment will give income investors a safe and healthy return is where the difficulty lies.  Looking at U.S. telecoms sitting in a mature industry with astronomical valuations may not be the best approach. 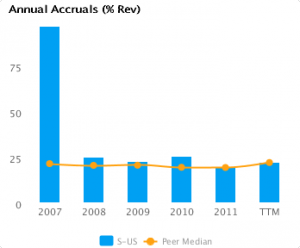 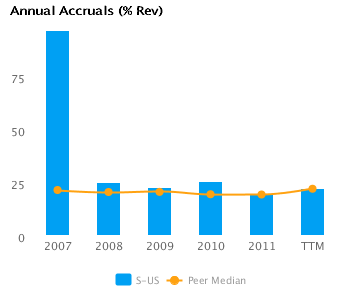