The future of video-on-demand, or VOD, looks bright.

More consumers are interested in this emerging platform as it currently generates an increasing percentage of box office revenue and surpasses sales of physical discs. Big companies, such as AT&T (NYSE:T) and Time Warner Inc (NYSE:TWX), are taking notice and investing in it. Netflix, Inc. (NASDAQ:NFLX) is protecting its share of the market by expanding overseas and adding the best content to its already massive library.

A report by Digital Entertainment Group, or DEG, states that in 2012, U.S. home entertainment topped $18 billion for the eleventh consecutive year. VOD was one of the industry’s high margin businesses which grew through every quarter of the year.

Research firm NPD Group estimated that in 2012, cable/satellite/and telco VOD generated $1.3 billion and that’s not counting digital distributors like iTunes. More movies are now being released in both theaters and on demand. According to Forbes, the VOD platform is now considered an integral component of a movie’s release because it improves box office results by reaching a greater number of movie watchers. In fact, the movie industry is increasing the number of cases where a movie is released first on VOD through a higher-priced window before showing it in theaters. 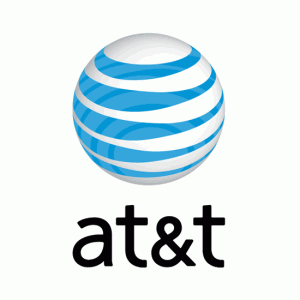 AT&T (NYSE:T) and its VOD platform

Though AT&T (NYSE:T) claims it isn’t competing directly with Netflix’s video business, the company is providing its Uverse TV subscribers with a VOD service called Screen Pack for an additional $5 a month. The service is also available on mobile devices through the Uverse app and the company is currently working on increase the number of available titles.

As of the first quarter of 2013, AT&T (NYSE:T) added 232,000 Uverse TV subscribers, the strongest growth in nine quarters, to reach a total of 8.7 million subscribers of both TV and high-speed internet. According to NPD, AT&T grew its share of the VOD rental market in 2012 by four percentage points. It also generated more movie rental revenue per subscriber, about $25.29, in 2012 than its cable and satellite competitors.

Time Warner Inc (NYSE:TWX)’s CEO Jeff Bewkes sees the surging popularity of VOD as a positive development in the industry, according to CNET. He believes it attracts more viewers and sees the platform as an attractive medium for niche programming.

The company’s latest earnings release stated that combined revenue for home video and electronic delivery of theatrical and TV products totaled $682 million in the first quarter of 2013, an increase of 4% over the same period last year. Declines in revenue from film and TV entertainment of 4%  was partly offset by higher home video revenue. Net income for the first quarter was $720 million, which increased 24% over the $583 million earned in the first quarter of 2012. Diluted EPS was $0.75 a share, 27% higher than the $0.59 a share reported in the same period of 2012.

Netflix agrees with AT&T (NYSE:T)’s stance that its service is “complementary” with TV subscription services. According to a first quarter 2013 press release, the company is evolving as a “curator of select programming” and is working directly with TV show producers to secure rights that provide on-demand exclusivity of specific shows. The company is also planning “to launch an additional European market in the second half of 2013” which will be discussed in the July earnings call.