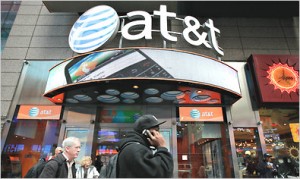 Instead, many analysts pointed to a big drop in durable-goods orders that was more than double the decline economists had expected to see as the primary cause for a slight drop in stocks overall. As of 10:45 a.m. EDT, the Dow Jones Industrials (Dow Jones Indices:.DJI) are down seven points, while the broader market has seen similarly negligible  changes.

Finally, outside the Dow, Unisys Corporation (NYSE:UIS) saw its shares lose nearly a quarter of their value after announcing a substantial loss. Although much of the hit to earnings came from Venezuela’s recent devaluation of its currency and additional pension expense, weakness in its systems-integration and technology divisions led to a big drop in revenue. As much larger competitors start to concentrate more on IT services, Unisys Corporation (NYSE:UIS) will struggle to find a niche it can rely on to reawaken its growth prospects.

The article 2 Surprising Companies Behind the Dow’s Moves originally appeared on Fool.com and is written by Dan Caplinger.