Despite major airlines’ efforts to consolidate their way to greater efficiency, low-cost carriers could still be the sector’s best investments. In the U.S., these smaller companies, typically with lower cost structures, are taking market share from the major carriers, thanks largely to rising demand for short-haul flying within the U.S.

These companies should make for good investments, given a favorable operating climate over the next several years. Take a look. 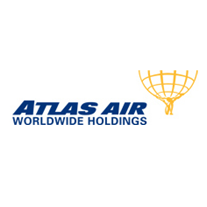 A unique operating model
Atlas Air Worldwide Holdings, Inc. (NASDAQ:AAWW) derived 45% of its quarterly revenue from its ACMI division, which provides outsourced-cargo-aircraft-operating solutions. Another 23% was contributed by AMC Charter, a unit contracted with the U.S. Military Air Mobility Command for cargo and passenger services. Atlas also operates a commercial charter business, catering to brokers, cruise ships, freight forwarders, direct shippers, and airlines (29% of the total). The remaining 3% stemmed from dry leasing and other segments.

Atlas Air Worldwide Holdings, Inc. (NASDAQ:AAWW) is achieving solid growth in its core ACMI business, thanks to the addition of Boeing 747-8 aircraft to its fleet during 2012 and this year. Along with the increased business related to the 747-8s, Atlas is also increasing its 767 service with DHL.

The company may well continue to expand its 747-8 fleet, as it holds rights to purchase another 13, and this would bring the total to 22 747-8s. Along the lines of long-term expansion, it intends to grow its CMI operation, which includes the outsourcing of passenger-aircraft services.

I like Atlas Air Worldwide Holdings, Inc. (NASDAQ:AAWW)’ long-term prospects because it seems poised to continue to transition away from the military services business, toward consumer operations. The stock’s trailing P/E of 9.8 is below the industry average of 15.4.

Aggressive expansion
JetBlue Airways Corporation (NASDAQ:JBLU), predominantly a passenger air carrier, is historically a provider of services on the East Coast and between New York and California. In recent years, it has substantially expanded beyond departures from New York’s JFK airport and Long Beach, California, with Boston and the Caribbean becoming major operating spots. In fact, this year, JetBlue Airways Corporation (NASDAQ:JBLU) plans to increase seating capacity between 5.5% and 7.5%, and the bulk of the new flights will be from those regions.

Indeed, it is now the largest airline in Boston by a large margin, and 27% of its 2012 capacity was in the Caribbean (including Puerto Rico). The result has been improved pricing, as measured in revenue-per-available-seat-mile or RASM, a factor that is supporting higher profitability. Specifically, JetBlue Airways Corporation (NASDAQ:JBLU)’s RASM rose to 11.35 in 2012, up from 10.96 the prior year.

Based on the persistence of this trend as well as aircraft purchases that will allow for additional expansion, JetBlue Airways Corporation (NASDAQ:JBLU)’s long-term outlook is solid. The shares are worth a look at this time.

Growing leisure carrier
Allegiant Travel Company (NASDAQ:ALGT) distinguishes itself by focusing on low-frequency flights between leisure destinations without connection flights. It maintains a low average airfare, partly by charging fees for items that other airlines include in the price. Moreover, it offers customers secondary products, such as hotel reservations, rental cars, show tickets, nightclub packages, and other offerings.

In this way, Allegiant Travel Company (NASDAQ:ALGT) has been growing its proportion of ancillary revenue to the total significantly. As of the second quarter, 65% of the total was from passenger service, 34% from ancillary fees and items, and 1% from fixed-fee contracts and other sources.

Growth is being spurred primarily by the addition of capacity, with a modest contribution from same-store markets. This year it intends to lift available seat miles, a measure found by multiplying the number of seats in the air by the number of miles flown over a specified period, 7% to 11% year over year.

Given its stable balance sheet relative to the broader industry (see its Financial Strength ratios), Allegiant Travel Company (NASDAQ:ALGT) ought to have the resources for the ongoing expansion of services.

Renaissance Technologies Is Behind Apple Inc. (AAPL) All The Way. What About...