The shares, meanwhile, have fallen over 40% since the start of 2010, interestingly the same amount as the dividend. Granted, the last year has accounted for a big chunk of the price decline, but the company’s yield of around 17% looks more like a siren’s call than a good investment. 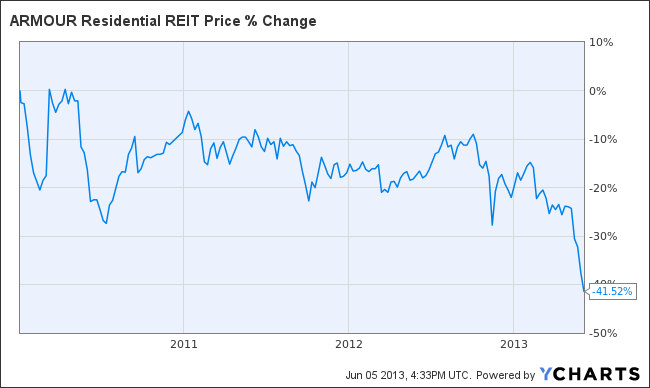 Chimera Investment’s quarterly dividend peaked at $0.18 per share per quarter in October 2010, and has pretty much fallen since. It now stands at half that rate. The stock has fallen over 20% since January of 2010. Moreover, the company is late with its regulatory filings for the first quarter. Amazingly, the stock is up over 15% so far this year. Despite a “more reasonable” yield of around 12% and a stable share price, there is still too much risk here. 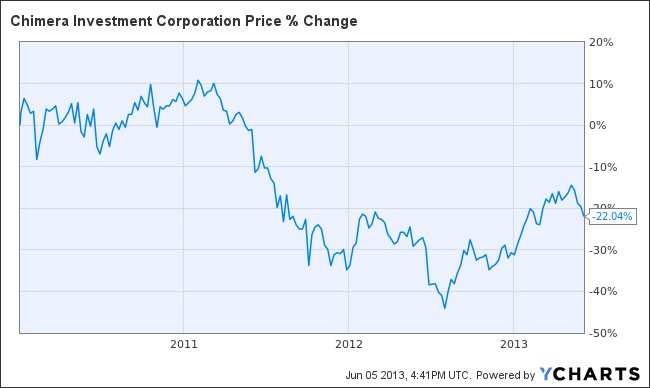 Yet another dividend cut

Annaly Capital Management’s quarterly dividend peaked at the start of 2010 at $0.75 per share and currently stands at $0.45. That’s a 40% cut. The shares, meanwhile, have fallen over 20% since the start of 2010. Although the shares yield an impressive 13% or so, just like the other mortgage REITs, the risks are material. It isn’t worth jumping aboard just to see your dividend stream shrink, particularly with the risk of continued share weakness. 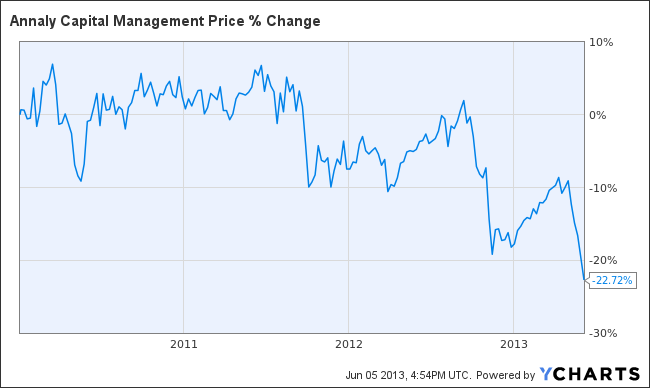 Too good to be true

Mortgage REIT yields are simply too good to be true. While investors have gotten notable dividend payments from these securities, that income stream has generally been declining. Moreover, share price depreciation has also been a big issue. Interest rates are at historic lows and more likely to move higher over the long-term than lower. Even after the recent REIT sell off, these stocks aren’t worth the risk for long-term investors.

The article Mortgage REITs Are Still a Sell originally appeared on Fool.com.