Last November, I announced my intention to create a portfolio of 10 companies that investors had effectively thrown away and given up on, in the hope of showing that deep-value investing, and contrarian thinking, can actually be a very successful investing method. I dubbed this the “One Person’s Trash Is Another Person’s Treasure” portfolio and, over a 10-week span, I highlighted companies that I thought fit this bill and would expect to drastically outperform the benchmark S&P 500 over the coming 12 months. If you’re interested in the reasoning behind why I chose these companies, then I encourage you to review my synopsis of each portfolio selection: 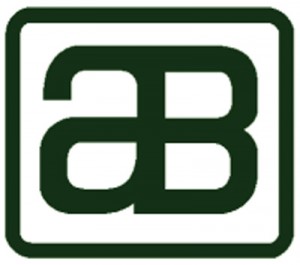 Amid the worst sell-off we’ve seen in a week over the past year for the broad-based S&P 500, it isn’t too shocking to discover that trucking company Arkansas Best Corporation (NASDAQ:ABFS) was the top gainer over the past week, adding 2.6%. There wasn’t any company-specific news moving the stock this week; however, the positive overhang from its recently signed collective bargaining agreement with its labor union appears to be the likely force driving the share price higher. Even I’m a bit stunned at the magnitude of the move in shares, but I do see plenty of value here over the long run. Shares are now up 122% since inception of this deep value portfolio.

But for every winner there must always be a loser, and that title goes to office-supply superstore Staples, Inc. (NASDAQ:SPLS), which imploded, down 16.9% on the week, after reporting disappoint second-quarter results and a weaker-than-expected full-year outlook. For the quarter, Staples, Inc. (NASDAQ:SPLS) delivered a 2% decline in revenue to $5.3 billion as profits declined to $0.16 per share from $0.19 in the year-ago period. Store closures and an ongoing restructuring took its toll on the company as recently strong international sales also tumbled 8%. Furthermore, Staples, Inc. (NASDAQ:SPLS) lowered its full-year EPS outlook to a range of $1.21 to $1.25 from prior guidance of $1.30 to $1.35. Despite the miss, cash flow for the quarter saw a nice increase from the year-ago period, and I think that with OfficeMax and Office Depot merging, the store attrition that will be created will give Staples, Inc. (NASDAQ:SPLS) a chance to pick up plenty of back-to-school shoppers.

Also in the news …

Coal miner Arch Coal Inc (NYSE:ACI) did end the week marginally lower, but not before announcing the sale of its Canyon Fuel subsidiary in Utah to Bowie Resources for approximately $423 million. This sale represents Arch Coal Inc (NYSE:ACI)’s ongoing efforts to streamline its operations by selling off non-core assets to reduce costs and raise cash. Arch expects to record a pre-tax gain of roughly $120 million in the upcoming quarter on the sale and anticipates total savings will equal $200 million between 2014 and 2017 as it rids itself of all of its Utah assets.

In this week’s episode of “Dell Inc. (NASDAQ:DELL)‘s of our Lives,” we actually received useful information rather than just buyout banter. Dell Inc. (NASDAQ:DELL), on Thursday of last week, reported its second-quarter earnings results, which were actually a bit “less bad” than anyone expected. For the quarter, PC profits fell by more than 70% as total revenue came in flat at $14.5 billion. Amazingly, though, adjusted EPS topped the Street’s expectations by $0.01 to $0.25. The next big date on shareholders’ minds is Sept. 12, the official shareholder vote on the proposed Silver Lake/Michael Dell buyout at $13.75 per share after multiple delays. I can tell you one thing: I’m certainly ready to cast my ballot!

This Metric Told You To Sell Staples, Inc. (SPLS) Before The Crash. Did You...