Ariose Capital is a tech-focused fund managed by Yi Xin, which reported an equity portfolio worth $366.15 million as of the end of June. According to our methodology, which involves calculating the weighted average return of its equity holdings in companies worth at least $1.0 billion as reported in the fund’s last 13F filing. Overall, the fund’s return from six relevant positions amounted to over 19% in the third quarter.

Even though our measurement of returns is not entirely accurate and the fund’s actual returns might be different, since we don’t take into account the investments in small-cap stocks, as well as short positions and other instruments. Nevertheless, we can assess the fund’s performance and determine whether or not it’s worth imitating its investments.

Having said that, let’s take a closer look at Ariose’s top four largest positions as reported in its last 13F filing.

Let’s start with NetEase, Inc (ADR) (NASDAQ:NTES), which represented Ariose’s largest position by far, as the stake worth $135.29 million amassed nearly 37% of its equity portfolio. The fund held 518,151 shares at the end of June, up by some 330% over the quarter. The bet paid off as NetEase’s stock gained over 25% during the third quarter. Heading into the third quarter of 2016, a total of 27 of the hedge funds tracked by Insider Monkey held long positions in this stock, down by 13% from the previous quarter. Among these funds, the largest stake in NetEase, Inc (ADR) (NASDAQ:NTES) was held by Orbis Investment Management, which reported holding $1714.3 million worth of stock at the end of June. It was followed by Renaissance Technologies with a $462.1 million position. Other investors bullish on the company included Alkeon Capital Management, Arrowstreet Capital, and Two Sigma Advisors. 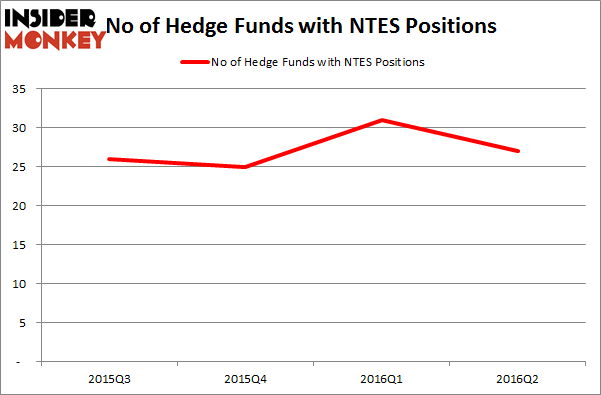 In TAL Education Group (ADR) (NYSE:XRS), Ariose held 914,904 shares worth $65.10 million at the end of the second quarter. In the following three months, TAL Education Group’s stock appreciated by 14%. At the end of the second quarter, a total of 15 of the hedge funds tracked by Insider Monkey were bullish on this stock, down by 21% over the quarter. More specifically, Serenity Capital was the largest shareholder of TAL Education Group (ADR) (NYSE:XRS), with a stake worth $62.9 million reported as of the end of June. Trailing Serenity Capital was Ariose Capital, which amassed a position valued at $40.5 million. Tiger Global Management LLC, Hillhouse Capital Management, and Renaissance Technologies also held valuable positions in the company.