Ariad Pharmaceuticals, Inc. (NASDAQ:ARIA) has said that it will file a new drug application (NDA) for its pipeline candidate brigatinib in 3Q2016. This followed a presentation of pivotal Phase 2 data for the compound at the ASCO conference. According to Ariad, brigatinib showed impressive results in ALK+ lung cancer patients who received it during the study. Those patients had experienced a progression of their disease condition even after receiving Pfizer Inc. (NYSE:PFE) drug Xalkori.

Ariad said that it has already initiated a Phase 3 study of brigatinib that will focus primarily on evaluating the efficacy of the compound against Xalkori from Pfizer.

The outcome of brigatinib therapy

According to Ariad Pharmaceuticals, Inc. (NASDAQ:ARIA), the median progression-free survival in patients who received brigatinib after they failed Xalkori treatment was more than one year at 12.9 months. Moreover, 67% of brain metastases sufferers who took brigatinib demonstrated a favorable objective response rate. 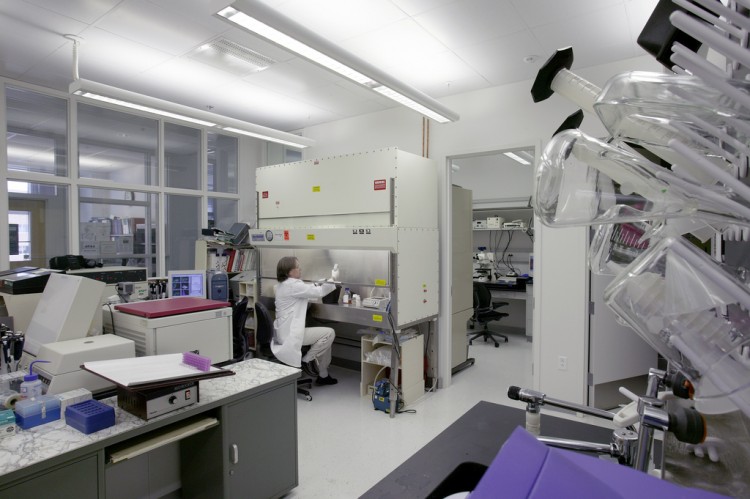 Following the positive findings in the Phase 2 study of brigatinib in ALK+NSCLC patients, Ariad now feels more confident about facing regulators with a new drug application for the compound. The company said it plans to submit an NDA for brigatinib to the Food and Drug Administration in 3Q2016. The hope for positive feedback by Ariad appears to be supported by the fact that brigatinib already enjoys U.S. Orphan Drug status and Breakthrough Therapy status for the treatment of ALK+NSCLC.

Besides brigatinib, Ariad Pharmaceuticals’ other pipeline candidate is AP32788, which is currently in a Phase 1/2 study. AP32788 is being developed as a treatment for certain specific conditions and variants of NSCLC.

Beyond AP32788 and brigatinib, Ariad Pharmaceuticals, Inc. (NASDAQ:ARIA) has a marketable drug called Iclusig, which targets leukemia. Therefore, success with brigatinib should further widen revenue opportunity for the biotech.

Best Performing Hedge Funds Strategy
Download a free copy of our newsletter and see the details inside!
Hedge Fund Resource Center
Related News
Why Tyson Foods, Fitbit, and Three Other Stocks Are Down As Major Indices Are in Green Noteworthy Insider Trading Activity at These 5 Companies as Insider Buying Ratio Increases Five Cheap Healthcare Stocks With Hedge Fund Support Ubben Sells More Shares of Motorola Solutions Inc. (MSI), Meister Cuts Stake in This REIT, Plus 2 Other Moves Five Cheap Healthcare Stocks Poised to Explode Why Are These Stocks Among Today’s Losers? Hedge Funds Are Dumping Ariad Pharmaceuticals, Inc. (ARIA) 10 Best Places to Retire in India 11 Highest Paying Countries for Pilots 10 Countries That Export the Most Chocolate in the World
Billionaire Hedge Funds