It seems that the masses and most of the financial media hate hedge funds and what they do, but why is this hatred of hedge funds so prominent? At the end of the day, these asset management firms do not gamble the hard-earned money of the people who are on the edge of poverty. Truth be told, most hedge fund managers and other smaller players within this industry are very smart and skilled investors. Of course, they may also make wrong bets in some instances, but no one knows what the future holds and how market participants will react to the bountiful news that floods in each day. The S&P 500 Index gained 7.6% in the 12 month-period that ended November 21, while less than 49% of its stocks beat the benchmark. In contrast, the 30 most popular mid-cap stocks among the top hedge fund investors tracked by the Insider Monkey team returned 18% over the same period, which provides evidence that these money managers do have great stock picking abilities. That’s why we believe it isn’t a waste of time to check out hedge fund sentiment before you invest in a stock like Arcos Dorados Holding Inc (NYSE:ARCO) .

Is Arcos Dorados Holding Inc (NYSE:ARCO), which operates and franchises McDonald’s restaurants, a healthy stock for your portfolio? Investors who are in the know are taking an optimistic view. The number of bullish hedge fund bets swelled by 6 recently. ARCO was in 15 hedge funds’ portfolios at the end of September. There were 9 hedge funds in our database with ARCO holdings at the end of the previous quarter. The level and the change in hedge fund popularity aren’t the only variables you need to analyze to decipher hedge funds’ perspectives. A stock may witness a boost in popularity but it may still be less popular than similarly priced stocks. That’s why at the end of this article we will examine companies such as Seacor Holdings, Inc. (NYSE:CKH), Agree Realty Corporation (NYSE:ADC), and Monotype Imaging Holdings Inc. (NASDAQ:TYPE) to gather more data points. 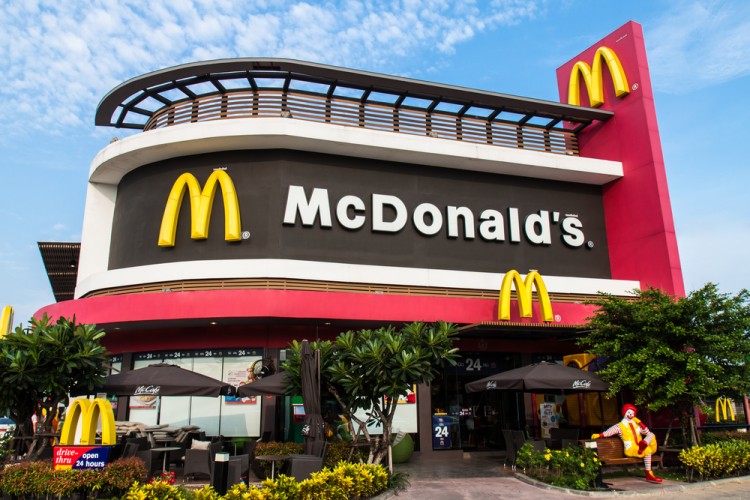 What have hedge funds been doing with Arcos Dorados Holding Inc (NYSE:ARCO)?

At Q3’s end, a total of 15 of the hedge funds tracked by Insider Monkey were long this stock, a 67% surge from the second quarter of 2016. The graph below displays the number of hedge funds with bullish position in ARCO over the last 5 quarters, which was flat for 2 quarters before the recent surge. With hedge funds’ positions undergoing their usual ebb and flow, there exists an “upper tier” of notable hedge fund managers who were upping their holdings meaningfully (or already accumulated large positions). 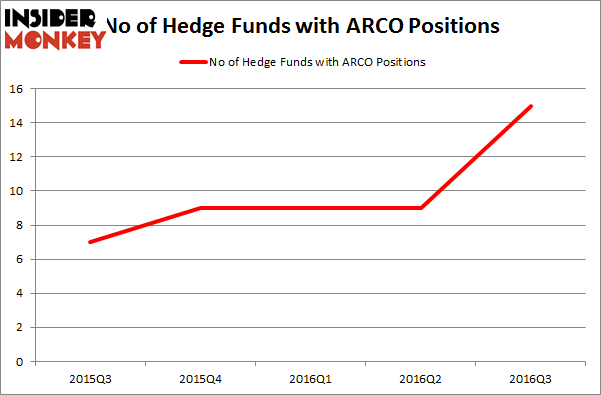 According to Insider Monkey’s hedge fund database, Michael Larson’s Bill & Melinda Gates Foundation Trust has the number one position in Arcos Dorados Holding Inc (NYSE:ARCO), worth close to $16.1 million. Coming in second is Third Avenue Management, led by Martin Whitman, holding a $6.3 million position. Some other hedge funds and institutional investors that are bullish encompass Benjamin A. Smith’s Laurion Capital Management, John Overdeck and David Siegel’s Two Sigma Advisors, and Israel Englander’s Millennium Management. We should note that none of these hedge funds are among our list of the 100 best performing hedge funds which is based on the performance of their 13F long positions in non-microcap stocks.