Apple Inc. (AAPL): Will The Company Heed To This 3 Point Solution To Stop Negativity?

The negativity surrounding Apple Inc. (NASDAQ:AAPL) just keeps continuing day after day ever since the company’s stock went downhill from its peak of $705 per share last September. The latest blow was a remark from CNBC’s Jim Cramer, who likened the company to J.C. Penney Company, Inc. (NYSE:JCP).

Cramer said: “Apple is becoming the J.C. Penney of tech. I think that there is a sense that the company is in a tailspin, and it doesn’t seem to matter what they do right now.” 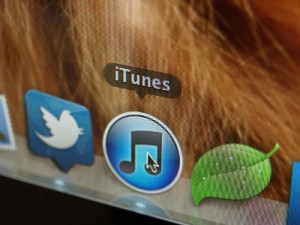 As we already knew, J.C. Penney Company, Inc. (NYSE:JCP) is struggling. Its CEO, Ron Johnson made big mistakes in his effort to turn around the company, which resulted in his ousting. One of his initiatives was the introduction of various global leading brands and designers, including Joe Fresh. As I noted in a previous article, a fresh brand is not enough to keep its business running for 100 more years.

Bill Ackman of Pershing Square Capital Management, which owns a 17.8% stake in the company, told Reuters that Johnson’s execution “has been something very close to a disaster.” He emphasized that changes in the pricing strategy and merchandise were abrupt and weren’t tested.

Some people are speculating that Ackman might be looking for ways to exit his investment in J.C. Penney because the hedge fund is losing millions of dollars. However, Ackman said that he is sticking with the company. He said:”In fact we’re going the other direction, we’re digging in.”

J.C. Penney Company, Inc. (NYSE:JCP)’s former CEO, Mike Ullman, is back at the helm of the company. Ackman sits on the board of the department store chain, and according to him, J.C. Penney will restart circulating coupons in newspapers to drive consumer traffic.

What is the similarity between Apple Inc. (NASDAQ:AAPL) and J.C. Penney Company, Inc. (NYSE:JCP)? Apple had been refreshing its iPhone devices, and the tech giant also made a change without testing the outcome. When the company abruptly changed Google Maps for its own mapping application, the result was a disaster. Many users complained because it was giving inaccurate directions. In addition, sales of the iPhone 5 did not meet analysts’ expectations, indicating that Apple needs more than a refreshed iPhone.

Apple Inc. (NASDAQ:AAPL) products are pressured in many aspects, particularly in terms of pricing. The company is planning to start the production of its refreshed iPhone, and it is still in discussion with its suppliers regarding the manufacturing of a cheaper iPhone. However, the idea of a cheaper phone is still uncertain.

Take note that Apple’s CEO Tim Cook previously pointed out that Apple “wouldn’t do anything that we consider not a great product.”

The tech giant is expected to release the refreshed iPhone this summer. Sources from the company’s supply chain said that the size and design of the device will be similar to its existing line of iPhones. Perhaps this is one of the reasons behind Cramer’s opinion that Apple Inc. (NASDAQ:AAPL)’s next product would be another disappointment, just like its Lisa computer from the 1980s.

Apple Music Service: Apple and Twitter…Here’s The Latest On What...