Apple Inc. (AAPL): Who Are Its Biggest Threats?

Steve Jobs was the man behind Apple Inc. (NASDAQ:AAPL)‘s success, and it appears that Apple is losing ground since his death on October 5, 2011. In fact, Apple’s common stock is up about 19%, under-performing the S&P 500 return by over 41%. This is despite Apple paying the first dividend of $2.65 per share in August 2012, raising it to $3.05 in April 2013, announcing a massive $60 billion share buyback, and issuing the largest corporate bond offering ever of $17 billion.

However, on the operational front, there are some troublesome developments like slower growth rates, declining margins, and lower net income. 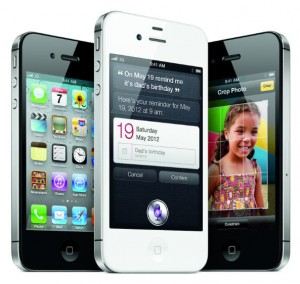 For example, Apple Inc. (NASDAQ:AAPL)’s sales in the three months ended March 30, 2013 increased by 11% from the same quarter in 2012, compared to a jump of 58% in 2012 from the same quarter in 2011. The deterioration in margins is even more pronounced, as operating margin declined to 28.8% in the most recent quarter, compared to an operating margin of 39.3% in the same period of 2012. One reason for these worsening results is that Steve Jobs is no longer at the helm and Apple is increasingly losing ground to competitors. Below is a brief discussion about three companies, Google Inc (NASDAQ:GOOG), Sony Corporation (ADR) (NYSE:SNE), and Microsoft Corporation (NASDAQ:MSFT), that already compete with Apple and could take an even larger market share from the iPhone maker.

Mobile phones – Android is the most-used mobile operating system in the world;
Portable computers – Chromebook, manufactured by Samsung and selling for $249, is the best-selling laptop on Amazon.com, Inc. (NASDAQ:AMZN) since its launch;
YouTube – More than one billion people watch channels on YouTube, and companies are increasingly using YouTube to reach customers;
Tablets – According to latest data, Android-based tablets exceeded iOS (Apple’s tablet software) shipments in the first quarter of 2013;
Google Play – Formerly known as the Android market, it now offers music, magazines, books, movies, TV shows, and applications.

At much more competitive prices, and with more hardware choices (Google allows third party manufacturing of its technology), it seems like Google should continue to gain market share from Apple. When Apple Inc. (NASDAQ:AAPL) launched its latest iPhone, the map software developed by Apple didn’t function properly. Many critics suggested that Steve Jobs would have never allowed this to happen when he was still alive. Also, after a few months of complaints, Apple had to reintroduce Google’s competing maps application to iPhone users.

Most importantly, Google Inc (NASDAQ:GOOG) is the number-one company in web search and is launching new products at a faster rate than Apple. Just in the first quarter of 2013, Google introduced improvements to its voice search platform, Chrome added support for Web speech APIs, Google Play was introduced to seven new countries, upgraded AdWords with Enhanced Campaigns, and rolled Google Fiber (high speed internet) in Kansas City and announced two additional locations for this new internet service. Despite the fast launch and/or improvement of products, Google Inc (NASDAQ:GOOG) grew revenues by 31% in the first quarter of 2013 to $14 billion and its EBITDA margins stood at 28%, compared to 34% for Apple Inc. (NASDAQ:AAPL). With Google glasses coming later in the year, Google continues to stay at the front line of new technologies and products.

Many readers under 20 years old probably have never heard of the Sony Walkman. This was a portable cassette player device made popular in the 1980s and 1990s. Even today, many people consider Sony Corporation (ADR) (NYSE:SNE) to be an example of quality and reliability. It competes with Apple Inc. (NASDAQ:AAPL) phones with its recently-launched xPeria line of phones running Android, in laptops running Windows software, and in tablets, also running Android. In addition, Sony makes TVs, which also can be connected to the Internet and in many ways are used as a computer. Interestingly, Sony and Google (together with Logitech International SA (USA) (NASDAQ:LOGI)) were the original partners that developed Google TV, a product that competes directly with Apple TV. Finally, Sony Corporation (ADR) (NYSE:SNE) has leading operations in gaming (PlayStation), movies (Sony Pictures), and music (Sony music), which could give Sony leverage in its hardware business that competes more directly with Apple.