Nokia Corporation (ADR) (NYSE:NOK), one of the most popular names in the smartphone industry, has lost much of its market share in recent years, mainly because of Apple Inc. (NASDAQ:AAPL)‘s iOS and Google Inc (NASDAQ:GOOG)‘s Android platforms.

Nokia Corporation (ADR) (NYSE:NOK) struggled with its first generation of Lumia smartphones, mainly because it didn’t have time for further development as the lineup was released soon after the partnership. Its been a long time now, and with its latest offerings, Nokia Corporation (ADR) (NYSE:NOK)’s smartphones do look better than before. However, competition is as fierce as ever, with Apple Inc. (NASDAQ:AAPL)’s latest iPhone, Samsung’s Galaxy S4 and Research in Motion LTD (NASDAQ:BBRY)‘s latest BlackBerry 10 smartphones.

With a market cap of over $12.2 billion, Nokia is currently trading between $3.2 and $3.4. After jumping to the $4.6 mark in January, Nokia Corporation (ADR) (NYSE:NOK)’s share price has been falling, which is probably because of Research in Motion LTD (NASDAQ:BBRY)’s BB10 event and the launch of Samsung’s latest Galaxy smartphone. Nokia does have a reputation of paying out dividends. However, after its latest earnings report, it cancelled its dividend in order to strengthen its cash flow position. 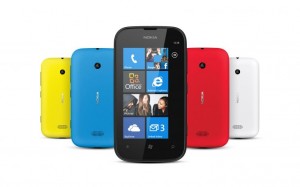 While some might say Nokia’s Q4 sales of 4.4 million Lumia smartphones were impressive, it’s still a big disappointment. The holiday period does boost sales of most manufacturers; however, Nokia’s sales have not been impressive at all compared to Samsung’s double-digit sales in the same period. Apple Inc. (NASDAQ:AAPL), on the other hand, shipped around 52 million iPhones in Q4, which some still consider as weak. Compared to Apple Inc. (NASDAQ:AAPL), Nokia’s Lumia sales have been quite poor.

That being said, Nokia still believes that sales were exceptional as the company exceeded its target for the period. While the Lumia is last year’s phone, it will be competing with BlackBerry’s Z10, which hit the U.S. last month. Basically, Nokia finds itself in a similar position as BlackBerry, as both companies have lost significant market share and are trying to get back on track.

Both the companies are competing against the Apple’s iPhones and all the Android smartphones, where Samsung’s S3 and S4 have a major market share.

In order for Nokia to boost sales of existing and upcoming smartphones, the market for Windows OS smartphones needs to go up.

The table above (source: Kantar Wordpanel) shows that the Windows phone market share went up by around 2% in the U.S., while the market share of iOS and BlackBerry fell. Windows OS is now third in the market, as BlackBerry’s market share fell significantly due to the delay in the release of the Z10. However, in terms of global company market share, Nokia has a share of 4.9% while BlackBerry’s current share is around 4.6%.

Even after a sluggish performance coming into 2013, Nokia expects to get a double-digit share of the market by 2014. There is no doubt that Nokia is taking the marketing element very seriously as it has a massive $1 billion marketing budget. Apple, being one of the biggest companies in the world, spent $1 billion on advertisement for the iPhone and the iPad combined. Vesa Jutila, Nokia’s Lumia marketing head, recently said that the company will have a two digit market share. He also said that the company is on the right track towards becoming the leader in smartphones once again.