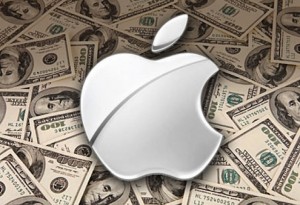 Earlier today, Apple Inc. (NASDAQ:AAPL) management testified in front of a Senate subcommittee, getting grilled about its tax strategy. The Mac maker’s tax strategy has been under fire ever since The New York Times ran an expose about a year ago, “How Apple Sidesteps Billions in Taxes.”

That brought attention from lawmakers, even though the issue at hand is really how broken the U.S. corporate tax system is. Apple Inc. (NASDAQ:AAPL) just happens to be perhaps the highest-profile example of tax minimization. Here are the biggest takeaways from the hearing and Apple’s testimonies, which were delivered by CEO Tim Cook, CFO Peter Oppenheimer, and head of tax operations Philip Bullock.

Everyone’s doing it
Strangely, there’s a double standard when it comes to corporate income tax and individual income tax. It’s entirely acceptable for individuals to seek tax minimization. Every tax preparing service promises to get you the “largest refund ever,” which indubitably translates into paying the least amount legally possible.

However, when corporations do this for the benefit of their shareholders, they get vilified. It’s also worth noting that the majority of Apple Inc. (NASDAQ:AAPL)’s shareholders are American individuals, whether they own shares individually or through a mutual fund or pension fund, so Apple’s broad domestic investor base benefits from tax minimization.

It’s all legal
Cook reiterated that Apple pays “every single dollar” that it legally owes in taxes, and that Apple’s fiscal 2012 total U.S. federal cash effective tax rate was roughly 30.5%. That figure is based on U.S. pre-tax earnings, and doesn’t include overseas earnings.

Even as lawmakers gave Apple Inc. (NASDAQ:AAPL) a hard time, none disputed that the company’s practices were fully compliant with current tax laws. There’s much debate about whether Apple is violating the spirit of the law, if not the letter of the law.

Kiss me, I’m an Apple Irish subsidiary
At the heart of the scrutiny are three of Apple’s Irish subsidiaries: Apple Online International, Apple Sales International, and Apple Operations Europe, or AOI, ASI, and AOE, respectively. AOI is a holding company set up to manage Apple’s foreign cash balance, which is now over $100 billion. Subsidiaries further down the food chain distribute income earned around the world to AOI. These subsidiaries pay applicable local taxes in the regions where they operate before sending money to AOI.

None of these subsidiaries have any country of tax residency, in part due to the way that Irish laws are structured. Apple does pay U.S. taxes domestically on the interest income earned from this foreign cash, but that’s a relatively small amount relative to the amount of foreign earnings that are taxed at extremely low rates.

These subsidiaries were set up in 1980, and at the time Ireland had offered some generous tax incentives to encourage tech companies like Apple to set up shop. This was before any of Apple’s biggest breakthrough products, mind you, including the first Mac. The negotiated maximum tax rate that Apple pays in Ireland is around 2%.

There is a cost-sharing agreement that Apple Inc. (NASDAQ:AAPL) has with two of its Irish subsidiaries, ASI and AOE, where the entities combine resources and share risk to invest in research and development, of which 95% takes place in the U.S. All parties are then able to reap the rewards from this innovation. This has been mischaracterized as a way for Apple to “shift” income to Ireland. Apple makes it clear that it doesn’t move its IP into offshore tax havens and then use the IP to sell products back into the U.S. All products sold in the U.S. are subject to domestic corporate income taxes.