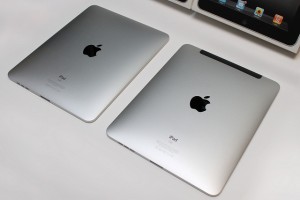 What is more important to a company, its number of users or its revenue? To Apple Inc. (NASDAQ:AAPL), that answer is obvious. Do they have a lot of customers? Absolutely. However, there are areas where other companies are catching up user-wise, but not necessarily revenue-wise.

First quarter reports are showing that Android’s momentum has nearly caught up to Apple Inc. (NASDAQ:AAPL)’s iOS App Store. Google Inc (NASDAQ:GOOG) is no stranger to large amounts of revenue, as it generated over $50.1 billion in 2012 revenues; however, it is not in the same discussion as Apple. Apple Inc. (NASDAQ:AAPL) generated over $156.5 billion, more than three times Google Inc (NASDAQ:GOOG)’s revenue, in 2012.

As for Apple apps and Android Apps, it appears that iOS users are generally more willing to pay for content than Android users. App Annie, which provides “app ranking data and high quality mobile analytics” stated:

Despite its rising revenues, Apple’s stock has plummeted in recent months. Since Oct 1, the stock is down more than 40%. Google has basically remained level, increasing just .81%.

Google’s revenues, like Apple Inc. (NASDAQ:AAPL)’s, have risen annually since 2003. However, in the past five years, they are up only 230.2%. Interestingly, their ten year growth of 3,422% has increased more than Apple’s!