April 3 marked the 3rd anniversary of the introduction of Apple Inc.’s (NASDAQ:AAPL) iPad tablet. It was the beginning of turning yet another market on its head by the iconic company. 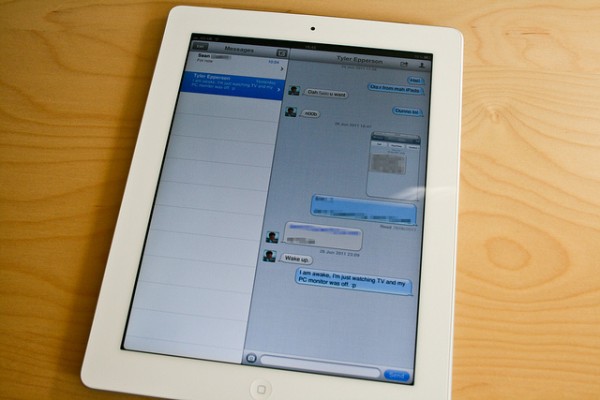 Just as it did previously with the iPod in 2001 and the iPhone in 2007, devices which radically altered how we listen to our favorite songs and talk, text and surf on the go, Apple Inc.’s (NASDAQ:AAPL) has transformed the low end of the mobile (and maybe all) computing industry too.

The iPad has been good for Apple. It is estimated that the company has sold 120 million units so far, including four generations of the full-size model and the “mini” version, released just last year. Many analysts had projected, like they did for the iPhone three years before that, that consumers would not buy it in such droves.

The iPad might not be as good for the PC industry. Since its introduction sales of certain types of computers (including some of Apple Inc.’s (NASDAQ:AAPL)’s own Macs) have been slowing.

The number one PC maker, Dell Inc. (NASDAQ:DELL), is in the process of going private. Several prominent investors, including the famous takeover king Carl Icahn, are bidding to buy the company. Dell’s founder, Michael Dell, is actually part of one of the teams jockeying for control.

Maybe the move will shake up Dell Inc. (NASDAQ:DELL). Its revenues, earnings (and market value) have been on a downward slope over the last few years, following the industry-wide trend.

Since the iPad was first sold, Apple Inc.’s (NASDAQ:AAPL)’s stock price has gained 80% although it is off 40% from the all-time high reached last September. Investors are concerned that earnings growth and margins will not approach levels seen in the past and have been selling off shares.

Master investor Warren Buffett cautioned about sounding an alarm on Apple yet. He said it was more important for the company to return value for its shareholders. Maybe a dividend increase or a stock buyback would be helpful? Both are rumored to be in the works this year.

The iPad accounts for about 45% of the tablet market, down from the peak of 65% reached in 2012. The nearest competitor, Samsung (NASDAQOTH:SSNLF), currently has maintained a steady 15% market share with its line of Galaxy Tabs and Notes over the last few years.

Samsung also is Apple Inc.’s (NASDAQ:AAPL)’s primary adversary in the smartphone business with a number one ranking in overall market share, although Apple is tops in the high end. Samsung is set to begin selling its latest model, the Galaxy S IV this month.

In a bid to address Samsung’s overall dominance, Apple is rumored to be developing a lower priced version of the iPhone and may release it sometime this year.

Also in the works according to some analysts is a “smart watch,” the iWatch, and some sort of Internet capable TV (the iTV?). Perhaps the new devices will help the company reverse course and return the stock to its previous lofty heights. Apple seems to need a little jolt.

Other companies offering tablets include Amazon.com, Inc. (NASDAQ:AMZN) and Barnes & Noble, Inc. (NYSE:BKS), although they are relatively small players in the market.

Amazon.com, Inc. (NASDAQ:AMZN) actually beat Apple to the punch and released its first e-reader in 2007. The much lower priced Kindle didn’t have all of the bells and whistles as the iPad did, though it was a boon to Amazon placing the company on the consumer product map. The company followed up with the more versatile Kindle Fire tablet in Sept. 2011. It was designed as a much lower priced alternative to Apple’s product.