Apple Inc. (AAPL): The Company Starts to Ramp It Up

It seems that Apple Inc. (NASDAQ:AAPL) investors were right to disregard reports last week that primary assembler Foxconn saw a troubling 19% drop in sales, presumably related to “weak demand” for the iPhone. 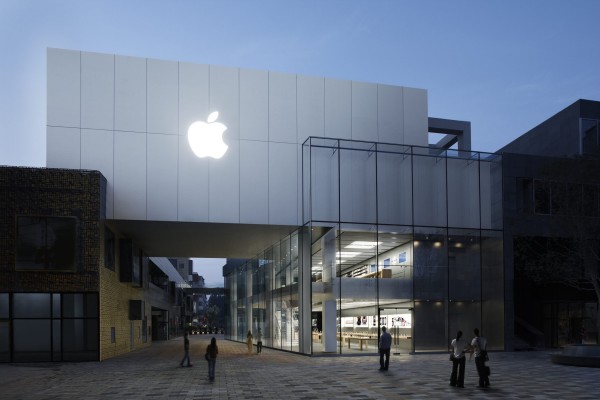 Both The Wall Street Journal and Bloomberg are reporting today that Foxconn has resumed hiring in its factories as it starts to ramp up iPhone production. The contract manufacturer had instituted a hiring freeze in February, which bears jumped all over. Initially, the freeze was similarly pegged to “weakening demand,” but it could actually be considered evidence of improvements in Apple Inc. (NASDAQ:AAPL)’s labor supply chain that were causing workers to stick around longer.

Regardless, the freeze has been ended and Foxconn has put its “Help Wanted” sign back up. The reports specifically note that the hiring is in response to “Apple Inc. (NASDAQ:AAPL)’s request to boost capacity.” Foxconn has added roughly 10,000 workers at its facility in Zhengzhou, which only produces iPhones according to Apple’s supplier list.

A Foxconn spokesman merely told the WSJ that the move was to meet seasonal demand from clients, but an anonymous source confirmed to the publication that Foxconn is preparing to enter mass production of the next iPhone.

The what is mostly a known quantity at this point. Investors are expecting an iPhone 5S with a similar design, probably with an integrated fingerprint sensor leveraging last year’s acquisition of AuthenTec. Affordable iPhones are also probably on the way, to target emerging and unsubsidized markets such as India, among others. The polycarbonate casing that Apple Inc. (NASDAQ:AAPL)’s expected to use may come in numerous colors.

The when is much less certain. KGI Securities analyst Ming-Chi Kuo, who boasts an impressively accurate track record with iRumors, believes that Apple Inc. (NASDAQ:AAPL)’s been running into some manufacturing challenges with both iPhones. The fingerprint sensor seems to be a technical challenge, and the ultrathin plastic casing is reportedly seeing low production yields. Kuo believes these issues may cause the iPhone launch to be later than what investors are expecting.

Still, the hiring reports may signal that Apple Inc. (NASDAQ:AAPL)’s ramping up iPhone production, since it often takes the company months to build up sufficient inventory for its simultaneous global rollouts. With two important flagship Androids launching this month, let’s hope that’s sooner rather than later.

The article Apple Starts to Ramp Up originally appeared on Fool.com.

Apple Inc. (AAPL), Microsoft Corporation (MSFT): One Could Learn from the Other...
Monthly Newsletter Strategy
Download a free copy of our newsletter and see the details inside!
Hedge Fund Resource Center
Billionaire Hedge Funds