The competition in the high-end smartphone arena is becoming tougher for Apple Inc. (NASDAQ:AAPL), with Samsung (NASDAQOTH:SSNLF) launching a newer model of its flagship Galaxy series, the S4.

The company has also decided to open up mini stores in Best Buys all around America. These stores will display the uniqueness of Samsung devices and should further boost Samsung’s sales. The financial aspects of the agreement have not been disclosed, but it should definitely benefit Best Buy Co., Inc. (NYSE:BBY) as well. 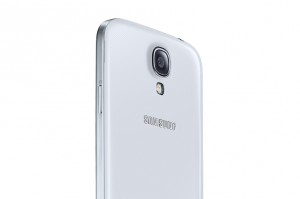 The amount of space that is being given to Samsung (NASDAQOTH:SSNLF) implies that there is a huge financial benefit to Best Buy. The investors of this retail giant should take this as a positive sign and wait for more financial data to asses the impact.

Apple Inc. (NASDAQ:AAPL) and Samsung are the two biggest players in the arena. Apple is primarily known for its high-end iPhones, which give it unworldly margins of as high as 55%. Apple Inc. (NASDAQ:AAPL) devices run on iOS, which is limited to only Apple. On the other hand, Samsung has built its smartphone following on the Android operating system.

Samsung (NASDAQOTH:SSNLF) is the face of Android and recent surveys indicate that Samsung’s Galaxy brand is considered interchangeable with the word Android. The S3 was the game changer for Samsung, helping it compete with the high end iPhone. The device has been instrumental in establishing Samsung as the leading smartphone company in the world.

The company has also gained a lot of traction with its Galaxy Note, Mini, and Grand models. The devices are particularly popular in Asia and South America, which are also the fastest growing smartphone markets in the world.

Apple Inc. (NASDAQ:AAPL) has been able to build itself such a dedicated following due to a number of factors, which include superb quality, ecosystem effect, etc. But, Apple stores have played a major role in building a following for Apple. These stores have always been a sign of the uniqueness of Apple products and the solid after sales services they provide.

According to recent reports, Samsung also plans to open up Samsung stores inside Best Buy Co., Inc. (NYSE:BBY) stores. The company will open as many as 500 new stores which will take up as much as 460 square feet of prime space, and will be near the front of the retailer’s largest stores, according to Bloomberg.

Samsung (NASDAQOTH:SSNLF) has continuously faced criticism from Apple Inc. (NASDAQ:AAPL) for copying its designs and infringing on its patents. In a surprising decision, a Jury asked Samsung to pay a multi-billion dollar fine and increased the prospects of a ban on Samsung devices. Since then the decision has been modified and the fine almost halved, but the Korea-based giant has been tagged as a copycat of Apple’s technology.

Apple Inc. (AAPL), Microsoft Corporation (MSFT): One Could Learn from the Other...
Monthly Newsletter Strategy
Download a free copy of our newsletter and see the details inside!
Hedge Fund Resource Center
Billionaire Hedge Funds