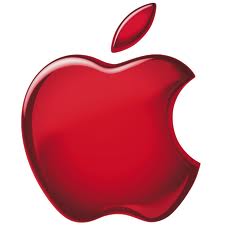 Apple Inc. (NASDAQ:AAPL) has been in a series of patent battles in courtrooms all around the world – in fact, one story from the New York Times suggested that Apple and Google Inc. (NASDAQ:GOOG) are two tech companies that spent more money on patent litigation and patent purchases than in research and development (R&D) over the last year. Despite that, however, it seems that the litigation efforts have had an impact on the perception by the public of a company – specifically, a recent survey of consumers were asked their opinions about Apple Inc. (AAPL) and competitors in the wake of all of this courtroom wrangling.

The August U.S. patent battle between Apple Inc. (NASDAQ:AAPL) and Samsung Electronics Co. Ltd. was the primary focus of a survey of 1,000 U.S. residents by Morpace, and Apple’s $1 billion victory in that patent-infringement case impacted the perceptions of both companies in opposite ways. Samsung, for example, saw a 12-percent decrease in consideration among those “likely” to buy a Samsung smartphone or tablet, while Apple Inc. (NASDAQ:AAPL) saw a 9-percent bump in “likely” purchasing among those in the survey.

Also as a result of the jury decision in August (which seven of 10 respondents in the survey had heard of the case), 47 percent of respondents in the survey said that the ruling would have a negative impact on Samsung’s competitiveness in the marketplace, while 42 percent thought the decision had a positive impact on Apple’s (AAPL) leadership in technology and design.

However, there are some skeptics who say that the iPhone 5 was a reflection of all the money that Apple Inc. (NASDAQ:AAPL) spent on patent litigation – in other words, there was a perception that there were improvements instead of innovation and that Apple Inc. (AAPL) may lose its innovative edge. And that, respondents in the Morpace survey say, will affect innovation, choice for consumers and prices (a plurality of respondents answered that the Apple-Samsung result would be a “negative” impact in these areas).

Does the perceived lack of innovation going to hurt the Apple Inc. (NASDAQ:AAPL) bottom line? Perception might be everything, and that is something that investors like billionaire fund manager Julian Robertson of Tiger Management will likely monitor in the coming weeks and months.