Apple Inc. (AAPL) Is Not Another Computer Company: Part 3

And finally, the last chapter in my series about Apple Inc. (NASDAQ:AAPL)! In the first part, I introduced a reply to a famous Apple bear case by David Trainer and explained why I believe that Apple is not “just another computer company.” In the second part, I introduced 9 reasons to be bullish. And, as promised in the first article, in this final article, I will introduce the one and only one reason to be bearish, but strong enough to make me overall neutral about the stock.

And the reason is:

Let’s be clear. I’m not talking about U.S. market share here. As the following graph suggests, Apple Inc. (NASDAQ:AAPL) has done a superb job in the U.S. even after the release of the iPhone 5, by keeping both a 25% constant share and its traditionally high margins. 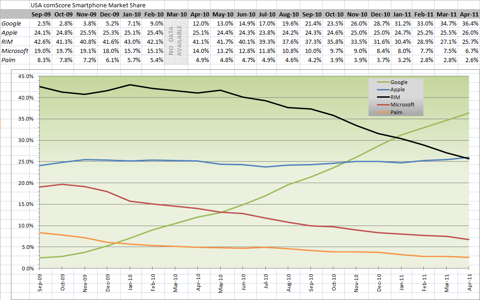 Briefly speaking, I believe that Apple needs to improve its competitive advantage in emerging markets, which are extremely price elastic when it comes to smartphones. For example, Apple Inc. (NASDAQ:AAPL)’s performance in China has been very disappointing if you compare it with the progress of Android. Like in the U.S., Apple has also managed to keep a constant proportion of the market, about 5%. But keeping a market share constant is not strategic, specifically in emerging markets.

These markets are under transition: heavy growth combined with a change in consumption patterns. By 2017, the size of most smartphone markets in emerging economies will double. The average amount of money spent per device will rise too as economic growth increases the average monthly income. The time to act is now, before these markets achieve their real potential. 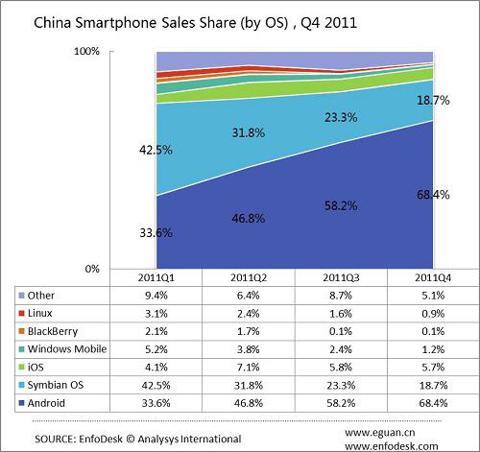 Some have criticized me saying that Apple is all about margins. I think that such opinions underestimate the real size and the prospects of these markets.

As I mentioned before, ABI Research estimates that by 2017, budget smartphones will equal half of all smartphone shipments. This size is simply too big to ignore. Not only ABI Research, but also Gartner expects the smartphone market to double from 2011 to 2014. The thing is that most of this growth will occur in emerging markets, where smartphone penetration rate is still low.

Furthermore, the $200-$300 price band is where most of the revenue is at. This price interval shows a healthy balance between margins and market share, and should be targeted in the near future, either by introducing comfortable payment plans in cooperation with big carriers or by launching a new “budget device,” a sort of iPhone mini.

The “iPhone 5 Failure” and other apparently unrelated worries 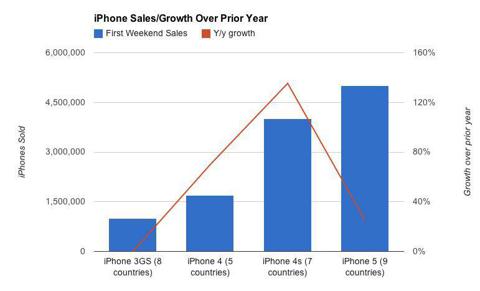 I Am Not Sold On Research In Motion Ltd (BBRY) BlackBerry’s Hype: Here...

Nokia Corporation (ADR) (NOK): A Lumia With How Big of a Camera?