Nokia Corporation (ADR) (NYSE:NOK) has had to deal with the specter of Apple Inc. (NASDAQ:AAPL) in the smartphone world, and yes, since the iPhone was introduced to the world in 2007, world-leader Nokia has frankly been relegated to almost a bit player in the handset market. And it would certainly make sense that Nokia officials were so pissed that the very sight of an iPhone prompts them to violence. But on live TV? Really? 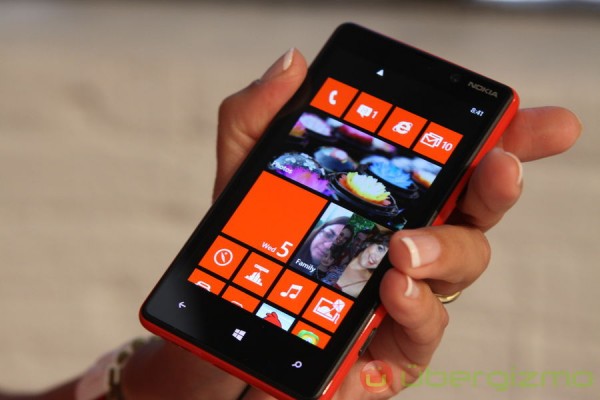 Maybe Nokia Corporation (ADR) (NYSE:NOK) CEO Stephen Elop heard voices in his head that sounded like Tim Cook or the late Steve Jobs. Whatever it was, the former Microsoft Corporation (NASDAQ:MSFT) executive has apparently been through a lot competing with Apple Inc. (NASDAQ:AAPL) and its iPhone, so much so that during a live TV interview in Finland, Elop tossed an iPhone on the floor.

The story goes that Elop was dodging questions from the interviewer, who was trying to get him to talk about the “rumored” Lumia 928 handset, which was expected to hit U.S. store shelves in April on the Verizon Communications Inc. (NYSE:VZ) network. Elop was friendly and engaging, but when the interviewer pulled out an Apple Inc. (NASDAQ:AAPL) iPhone from his pocket and said, “I don’t want my iPhone,” as a lead-in to suggesting that he get a Nokia handset, Elop reportedly said, “I’ll take care of that,” grabbing the device from the interviewer’s hand and tossing it to the floor of the studio.

There was no report as to whether the voice of Jobs in Elop’s head died with the iPhone or not. We’ll have to get confirmation of that. What we did hear, though, was that Elop felt that the iPhone was in the interviewer’s hand and was literally taunting him (after all, it is a “smart” phone), and he just snapped and grabbed the phone. Again, this is just rumor; we have to get an independent confirmation of that report.

What do you think? Should Elop and Nokia Corporation (ADR) (NYSE:NOK) have reason to engage in violence against iPhones? Or do you think Apple Inc. (NASDAQ:AAPL) is just being a bully? Or do you think Elop just needs to get over the taunting? Give us your thoughts in the comments section below.

DISCLOSURE: I own no positions in any stock mentioned, and I was not an eyewitness to the above report.

Risks in the Nokia-Microsoft Alliance