Apple Inc. (NASDAQ:AAPL) continues to see flight from institutional holders. Fidelity Contrafund Fund (MUTF:FCNTX), the largest shareholder of Apple, cut its position by 10% through the first two months of 2013. It now holds 10.43 million shares of Apple, a $4.41 billion position. The fund’s new number one position is Google Inc (NASDAQ:GOOG) at 5.8% of assets–Apple now accounts for 5.2% of fund assets. 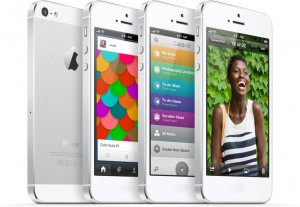 Fidelity Contrafund Fund (MUTF:FCNTX)’s investment strategy focuses on large cap growth stocks and value stocks that it feels are undervalued based on fundamentals. This table shows the fund’s nine largest holdings and their year-to-date performance. Apple Inc. (NASDAQ:AAPL) is clearly a laggard and the only stock among them that is down year-to-date.

The reduction in the position by Apple’s largest holder is something of a concern for other investors. First, the fund holds a lot more shares, and shares face a headwind if it plans to continue trimming the size of its position, or worse, exit the position altogether. Second, although the stock has sold off significantly and many consider it a value at current levels, apparently that list does not include its largest shareholder.

The indication here is that other stocks are more attractive right now than Apple Inc. (NASDAQ:AAPL). The momentum for Apple has yet to reverse, and trying to pick its bottom is analogous to trying to catch a falling knife. Apple, at best, may be dead money in the near-term. It is hard to find a motivating reason to own Apple right now besides the fact that it looks cheap versus returns and earnings over the coming years. It lacks obvious catalysts over the next twelve months that will drive shares higher.

Other large cap tech stocks like Google Inc (NASDAQ:GOOG), Microsoft Corporation (NASDAQ:MSFT), and Amazon.com, Inc. (NASDAQ:AMZN) have catalysts and greater potential for positive news events. Many of the catalysts for these stocks are actually related to chipping away at Apple Inc. (NASDAQ:AAPL)’s position in its core markets. Specifically, Microsoft and Google are gaining share in the smartphone market. Microsoft Corporation (NASDAQ:MSFT)’s Window’s Phone is pushing into the market via the Nokia Lumia. Google’s operating system is already ahead of Apple’s iOS in global market share, and it continues to make gains, particularly with its partners HTC and Samsung. According to comScore, Google Inc (NASDAQ:GOOG) had 51.7% of the OS market, Apple had 38.9%, Blackberry had 5.4%, and Microsoft had 3.4%. Microsoft Corporation (NASDAQ:MSFT)’s OS isn’t a huge threat at the moment, though Microsoft has $68 billion in cash which it could deploy into mobile R&D if it wanted to.  Amazon.com, Inc. (NASDAQ:AMZN) is pushing up against iTunes and gaining share of the tablet market along with Google and Microsoft.

As a reminder, both Google Inc (NASDAQ:GOOG) and Microsoft Corporation (NASDAQ:MSFT) have tablets, and Google has used this, along with its mobile OS, to take share from iTunes as the leading provider of apps to the mobile and tablet market. Google doesn’t give out its sales figures for the Nexus 10 (released in November) at the moment, but industry experts are estimating sales of about 680,000 units. Google’s sales of the Nexus 7 are estimated to be 10x that amount.  So, as an investor, do I want to hold the stock that is gaining share or the one that may be losing it? Also, the impact on margins and when the share loss stops is anything but certain.